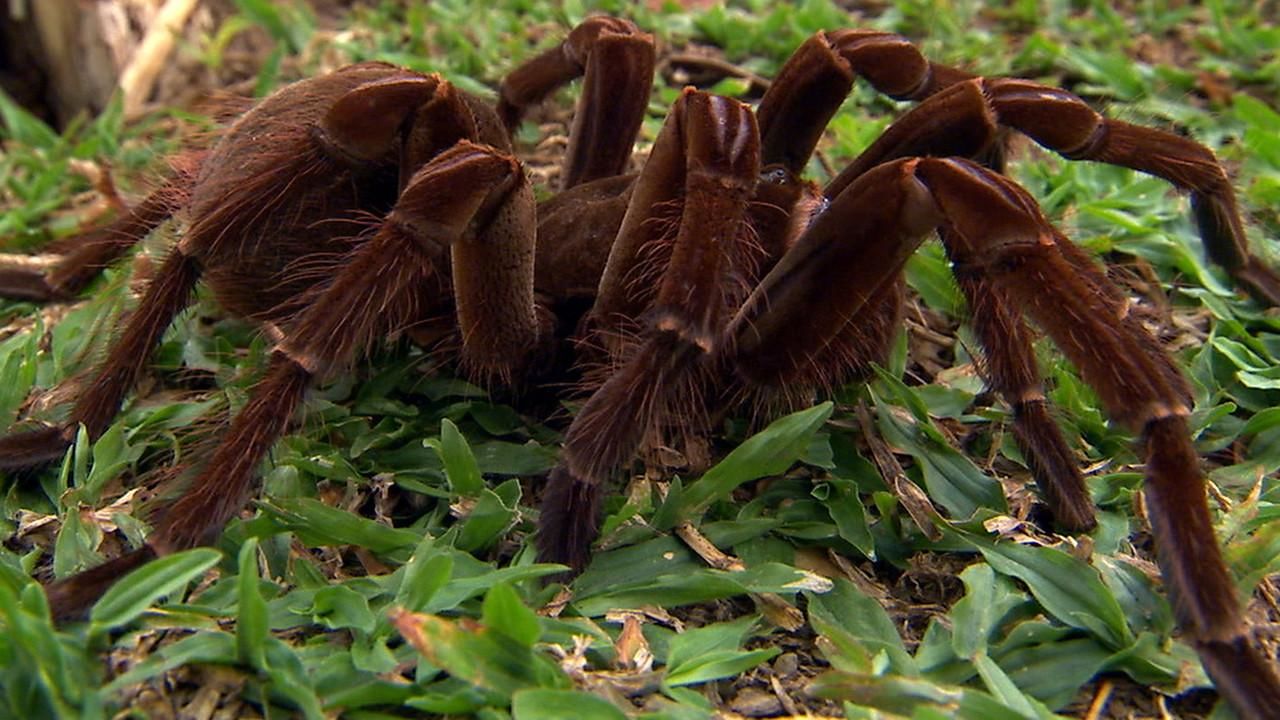 Man may have conquered most of the planet, but there are still places where unknown creatures lurk. Join British adventurer and cinematographer Richard Terry in pursuit of these monsters in Man V Monster.

Brave jungles and remote islands to track down animals so dangerous they think nothing of attacking, and killing, human prey.

Can you both survive these encounters with some of the most feared and cryptic species on Earth?

Man V Monster: Giant Spider Hunt
Travelling deep into the Amazon rainforest, Richard is on the trail of an eight-legged monster that is reportedly terrorising local villagers and is even capable of carrying off children. As he runs a gauntlet of hungry caimans, predatory piranhas and toxic dart frogs, can he find a new species of mega spider?

Man V Monster: Mayan Death Bat
In southern Mexico, there are reports of a terrifying creature that attacks locals at...