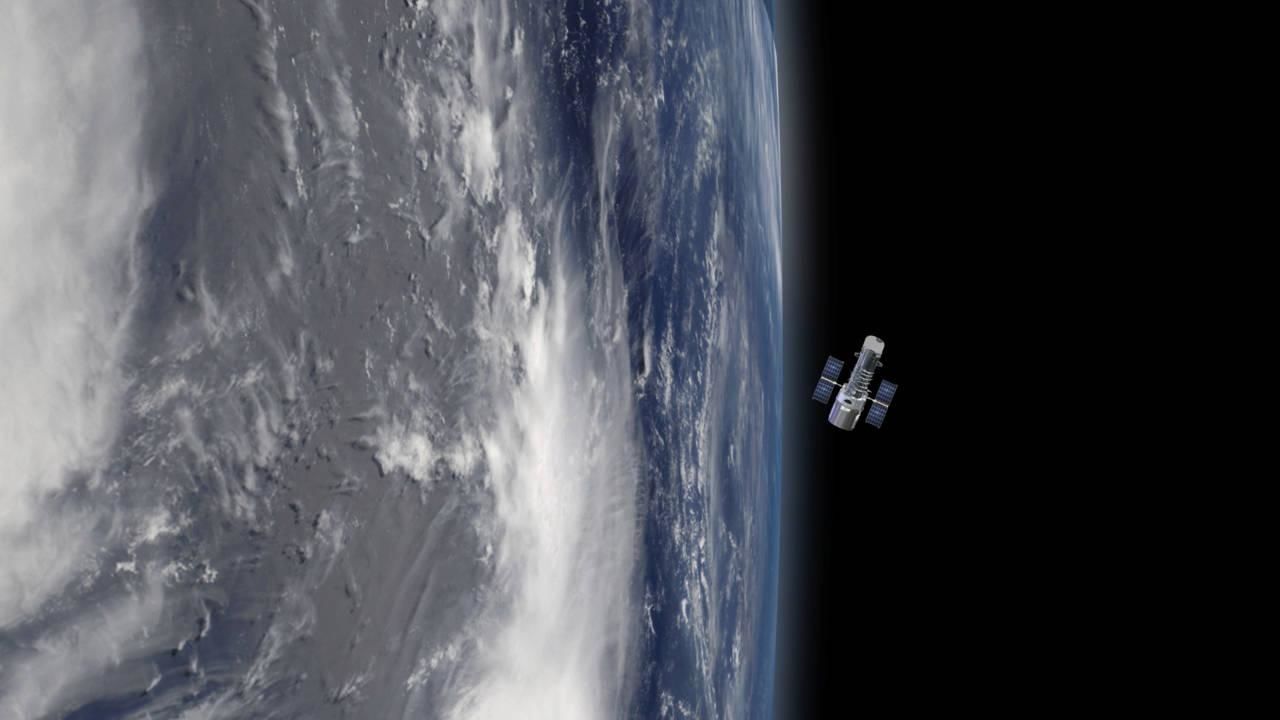 "I have been fortunate to produce some of the most remarkable HST images, including the Hubble Ultra Deep Field, Orion Nebula, Tadpole Galaxy, Cone Nebula, V838 Mon, Helix Nebula, Carina Nebula, M82, among many others. More recently we have also made some effort to combine Hubble's visible-light data with images from other wavelengths including NASA's other Great Observatorites, Chandra X-ray Observatory, and Spitzer Space Telescope, among others, to explore different ways to visualize the universe. I am a member of the Hubble Heritage Team, which strives to showcase the finest images made by the Hubble Space Telescope".

Dr. Grunsfeld was selected by NASA in March 1992, and reported to the Johnson Space Center in August 1992. He completed one year of training and is qualified for flight selection as a mission specialist. Dr. Grunsfeld was initially detailed to the Astronaut Office Mission Development Branch and was assigned as the lead for portable computers for use in space. Following his first flight, he led a team of engineers and computer programmers tasked with defining and producing the crew displays for command and control of the International Space Station (ISS). As part of this activity he directed an effort combining the resources of the Mission Control Center (MCC) Display Team and the Space Station Training Facility. The result was the creation of the Common Display Development Facility (CDDF), responsible for the onboard and MCC displays for the ISS, using object-oriented programming techniques. Following his second flight, he was assigned as Chief of the Computer Support Branch in the Astronaut Office supporting Space Shuttle and International Space Station Programs and advanced technology development. Following STS-103, he served as Chief of the Extravehicular Activity Branch in the Astronaut Office. Following STS-109 Grunsfeld served as an instructor in the Extravehicular Activity Branch and Robotics Branch and worked on the exploration concepts, and technologies for use beyond low earth orbit in the Advanced Programs Branch. He served as the NASA Chief Scientist detailed to NASA Headquarters in 2003-2004 where he helped develop the President's Vision for Space Exploration. A veteran of four space flights, STS-67 (1995), STS-81 (1997), STS-103 (1999) and STS-109 (2002), Dr. Grunsfeld has logged over 45 days in space, including 5 space walks totaling 37 hours and 32 minutes. Dr. Grunsfeld is assigned as the EVA lead for the Hubble Space Telescope Servicing Mission-4, targeted to fly in 2008 on the Space Shuttle. The mission will add new scientific instruments and extend the observatory's capabilities well into the next decade.

Philip writes for and maintains the award-winning Bad Astronomy website, he also creates short astronomy documentary videos, is a professional speaker on various topics in astronomy and skepticism. The blog was recently acquired by Discover Magazine and is hosted on their website (http://blogs.discovermagazine.com/badastronomy/).
廣告查詢