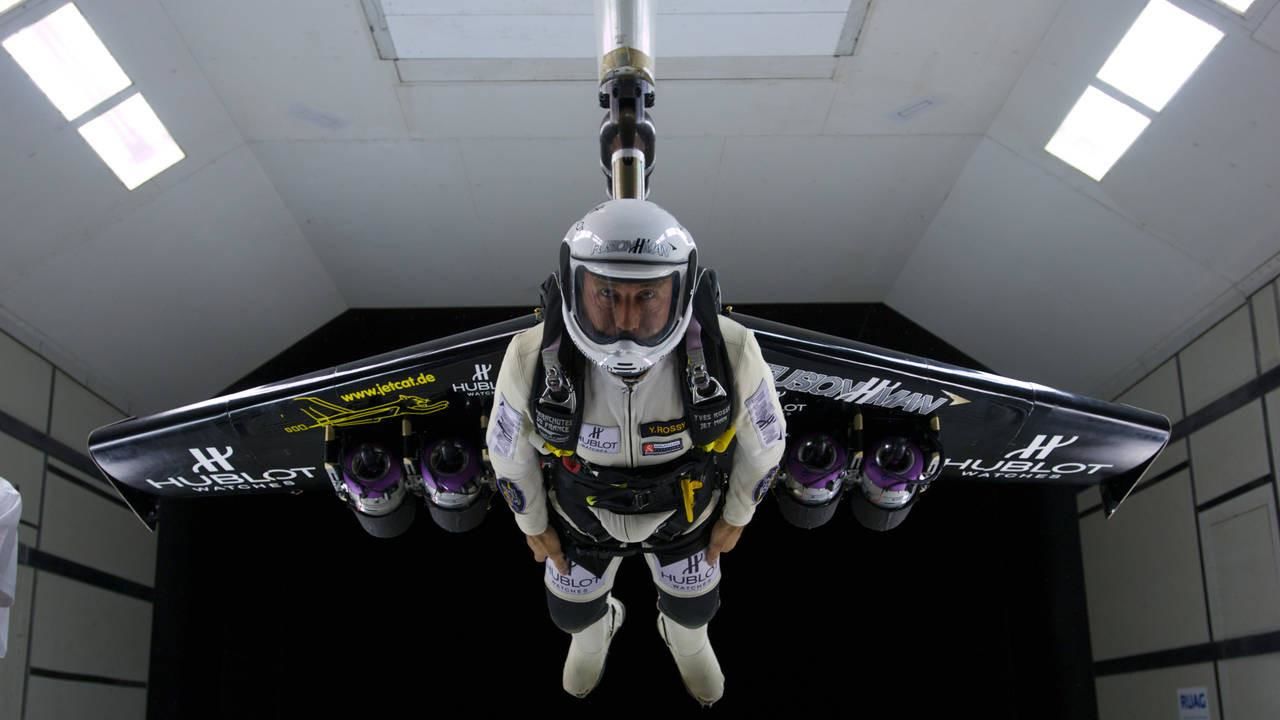 This September, one man will risk his life to attempt the impossible – to fly like a bird using a single, jet-propelled wing attached to his back.

Rossy will trace the route of French aviator Louis Blériot who dared to be the first to cross the English Channel in an airplane 99 years ago.National Geographic Channel will document Rossy’s flight from his take-off near Calais, France, to his landing, approximately 15 minutes later across the English Channel in Dover, UK. Rossy’s flight will also be streamed live online at www.natgeotv.com/jetmanTo achieve this historic feat, Rossy must overcome significant challenges along the way. He has never flown for longer than 10 minutes, his wing weight and measurements must be incredibly precise – even the addition of cameras mounted on the wing to record his flight may affect how long he is able to stay in the air. So he is constantly fine-tuning the design. Weather patterns can also affect his flight’s success.Rossy’s wing weighs approximately 55 kilograms and includes four simple, kerosene-burning jet turbines to keep him airborne. He uses his head and back to control his movements, orchestrating some incredibly stunning acrobatics. Outfitted with a special suit, helmet and parachute, Rossy has taken extensive precautions to protect himself from the four jet turbines mounted just a few centimetres away from him on the wing. A helicopter will follow Rossy across the Channel to capture the dramatic aerial coverage. Don’t miss this extraordinary event.