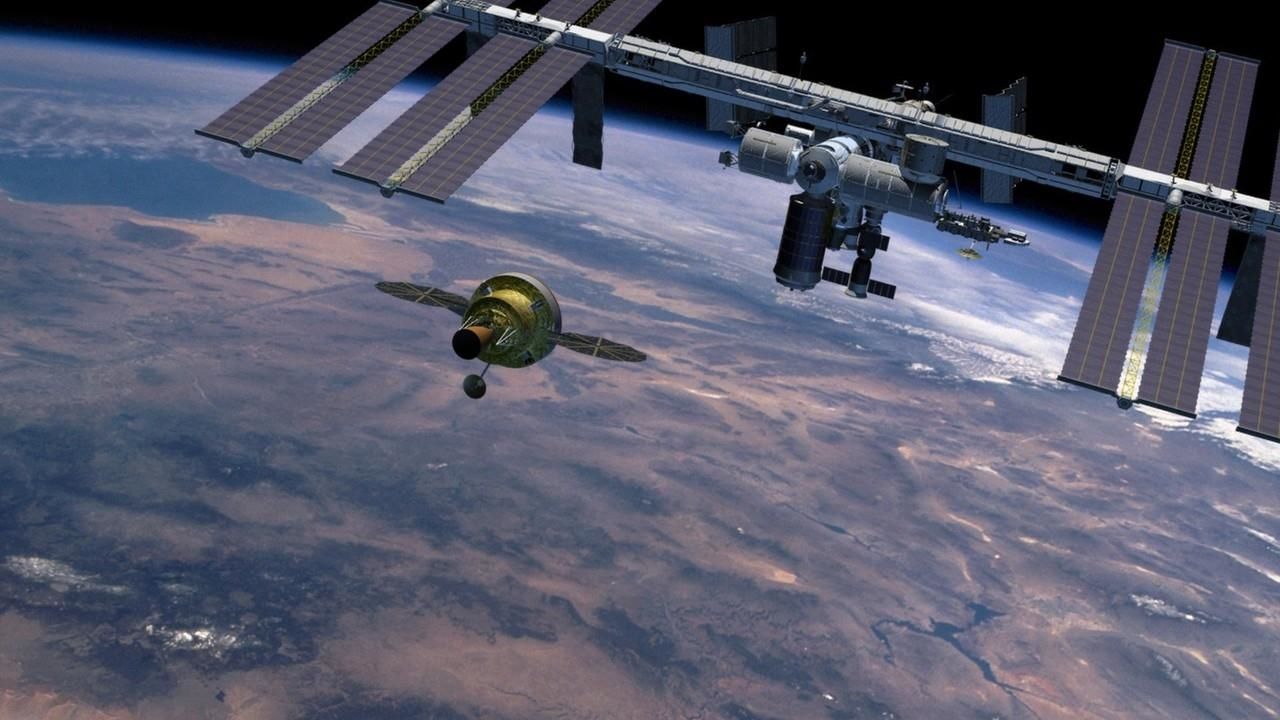 EXPERIMENTS IN THE STARS

Science On Board a Floating Lab
By Sasha Ingber
When Destiny, a 28-foot long laboratory module, arrived at the International Space Station in 2001, an unparalleled opportunity to learn more about our world and ourselves began. Astronaut Tom Jones helped assemble the aluminum module, calling it “the guts of the Space Station’s research and command and control capabilities.” Years later, two additional labs, Columbus and Kibo, meaning hope, joined Destiny.
More than 700 experiments have taken place within the eight miles of wiry walls, from growing plants without soil to testing how well an “electronic nose” can detect dangerous chemical leaks. But conducting experiments in zero gravity comes with a host of challenges.
“There is a lack of equipment, a lack of trained personnel, a lack of training time, and a big collection of medical problems that may occur in space,” says principal investigator Scott Dulchavsky of Henry Ford Health Systems. Researchers are still learning about why some people return from space with bone density loss, and changes in organs and eyesight.
With only an ultrasound to screen the health of the crew, Dulchavsky was tasked with learning how to expand the machine’s use beyond cardiovascular research. “We got MacGyver-esque,” says Dulchavsky, who discovered that ultrasound examinations could detect problems in organs and bones. Ten years ago, his team found that ultrasound could reveal changes in pressure in an astronaut’s head. Now all crews use ultrasound exams to monitor their eyes before, during, and after their space missions.
Today, Japan Aerospace Exploration Agency astronaut Koichi Wakata is using ultrasound to see how space changes the curve of the spine, since crewmembers tend to return to Earth a few inches taller. The same technology has also been adapted for earthly endeavors—the military stores ultrasound machines in their medical kits, Olympic athletes have relied on them in Torino, Beijing and Vancouver, and pregnant women in developing countries use them to consult with American doctors in real-time.
An experiment which will run for five years, the longest at the station, studies markers in astronauts’ blood and urine to learn about the effects of stress in space. “It’s not just weightlessness, but being confined, being exposed to higher levels of radiation, eating a diet higher in salt. Space is one big insult to the body,” says principal investigator Steven Platts from the Johnson Space Center. Inflammation and high levels of oxidants could lead to the hardening of arteries and ultimately to heart disease—the number one cause of death worldwide. Platt’s findings benefit not just astronauts, but people with diabetes, hypertension, or stressful lives.
A more surprising endeavor makes use of freeze-dried mouse sperm to study the impact of space on reproduction. “We don’t know whether gravity is important for implantation of an embryo into the womb,” says principal investigator Teruhiko Wakayama at Riken Center for Developmental Biology in Japan. “Maybe to make babies in a space colony, women must stay in an artificial gravity room for a few days until implantation occurs.” Until now, most studies of reproduction in space have involved sea urchins, fish, amphibians, or birds.
Even the continuous shift of light and dark, day and night, is being studied to understand how space affects circadian rhythms, or biological clocks. Its findings will not only be significant to astronauts pushing out on longer missions to Mars, but to people on Earth with sleep disorders or irregular work-shifts.
For all of the challenges space presents, it spurs innovations that also take root on Earth. An ethylene gas scrubber created in 1994 led to an air purifier that kills airborne pathogens like anthrax. A water filtration system that converts astronauts’ sweat and urine into drinkable water helped make clean water accessible to 500,000 people.
Then there are fleets of promising robots in space. The Robonaut powered up at the station in 2011 and is now being tested to perform routine chores like cleaning handrails and taking inventory. “Robots are pretty good at doing the mundane things because they don’t mind doing them,” quips deputy project manager Casey Joyce. Someday, the robots may also perform ultrasounds and carry out other medical tasks under the supervision of doctors on the ground—a field known as telemedicine.
What’s more, a Robonaut spinoff is helping paraplegics walk on Earth. Technology developed from its hands has led to Roboglove, a wearable glove that will help people with disabilities grasp objects without strain. “One of the great things when you start with the lofty goal of ‘Lets build a robot,’ is that you never know what technology will develop,” says Joyce.
Who would have thought that an environment devoid of any known life form—outer space—could offer so much insight into human life? With the station’s mission extended an additional four years until 2024, more can be learned and accomplished. “We still have lots of unanswered questions and the only way we can get at those is by the station,” says Platts. By NASA’s measure, not even the sky is the limit.
ADVERTISEMENT