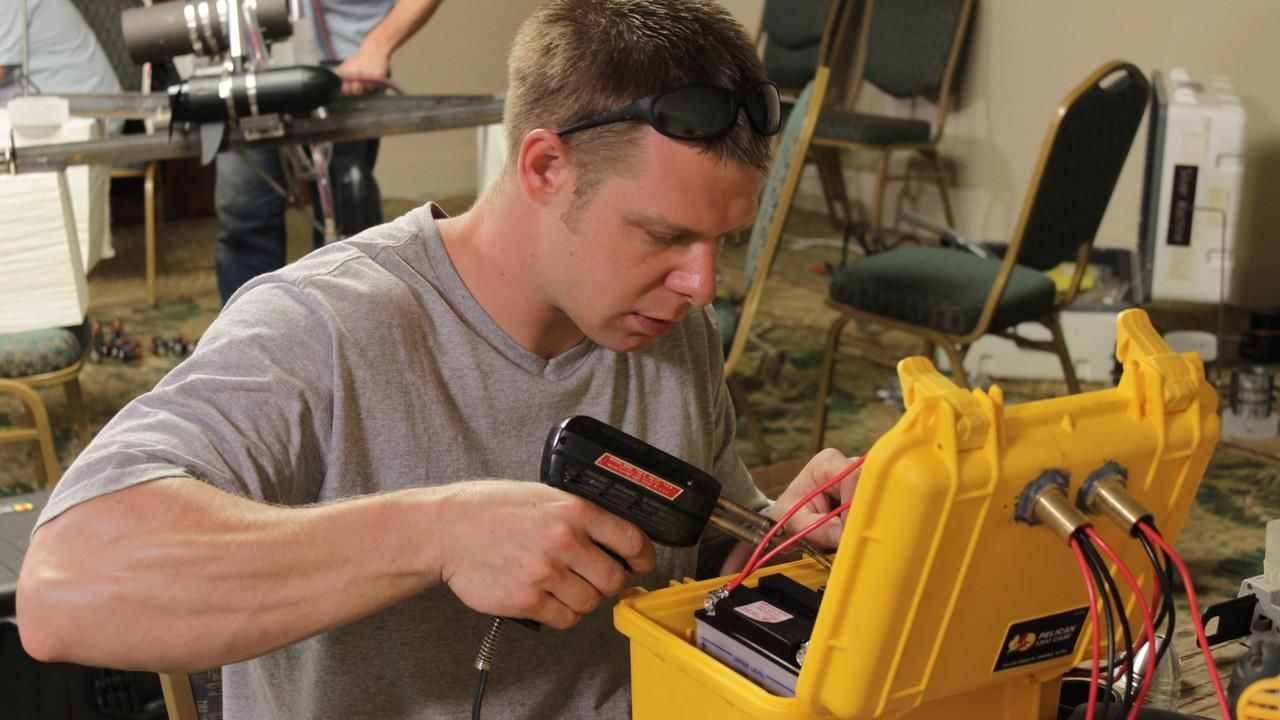 MAD SCIENTISTS takes its audience into the basements and garages of some very odd and animated people. Obsessed inventors. Armchair physicists. Amateur chemists, wanabee robotics engineers and mathematics hobbyists. In this often hysterical and always enlightening series, we'll meet the men and women who've challenged science and possibility all in their spare time. Many of them will have provable theories and workable inventions. Some of them will turn out to be crackpots. And one may just turn out to be tomorrow's Einstein.