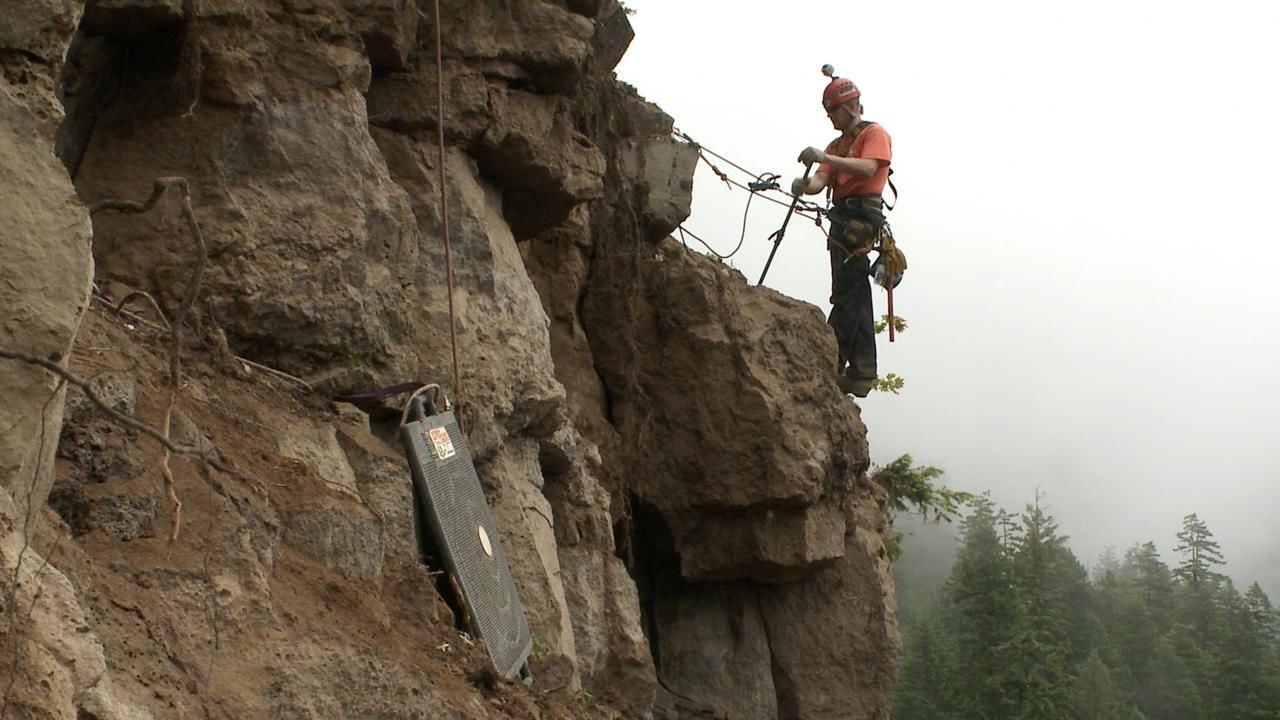 They are big men with big personalities, but their size is nothing compared to the huge boulders they shift.

Meet the Rock Stars - a burly team of rock technicians who scale the US's most dangerous cliffs to prevent life-threatening landslides.

They plant explosives, manhandle three-hundred pound hydraulic jacks, and set anchors into sheer rock, while hanging hundreds of feet above the ground.

Working with the constant threat of boulders the size of trucks falling around them, these men risk life and limb to protect people from the threat of massive avalanches and landslides all across North America.