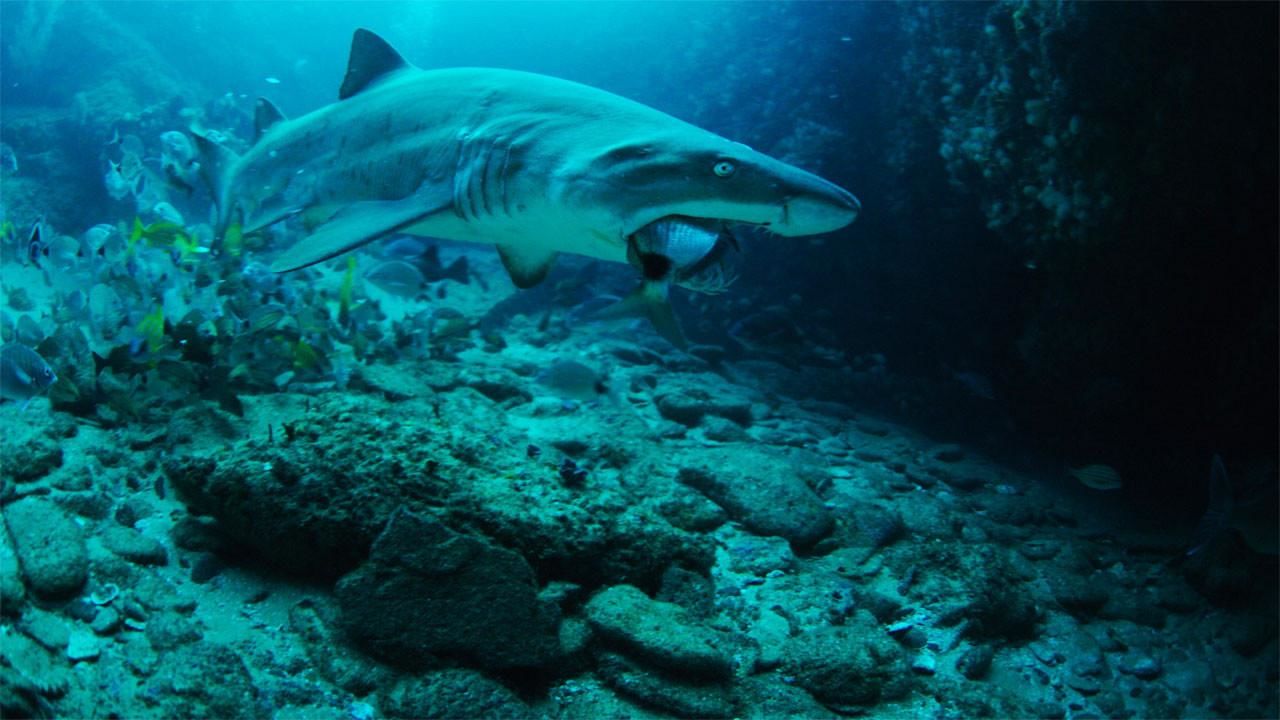 Off the southern coast of Africa lies an underwater metropolis like none other on the planet: Aliwal Shoal. A fossilised dune of towering pinnacles and deep caves hidden five kilometres out to sea, Aliwal Shoal is a place where sharks flock and fish walk on the bottom of the ocean. Home to the greatest congregation of rays and sharks – including tiger sharks and ragged toothed sharks – Aliwal sees the comings and goings of thousands of migrating species. Millions of sardines are pursued to the shoal by the ocean’s great predators, with huge pods of dolphins numbering in the thousands and the shoal’s ubiquitous sharks feasting side-by-side. Humpback whales migrate around the shoal, and cameras capture the vision of hundreds of sand sharks – never seen before – to reveal their secret world and behaviour. Evolutionary adaptations are at their most spectacular, as marine species showcase...