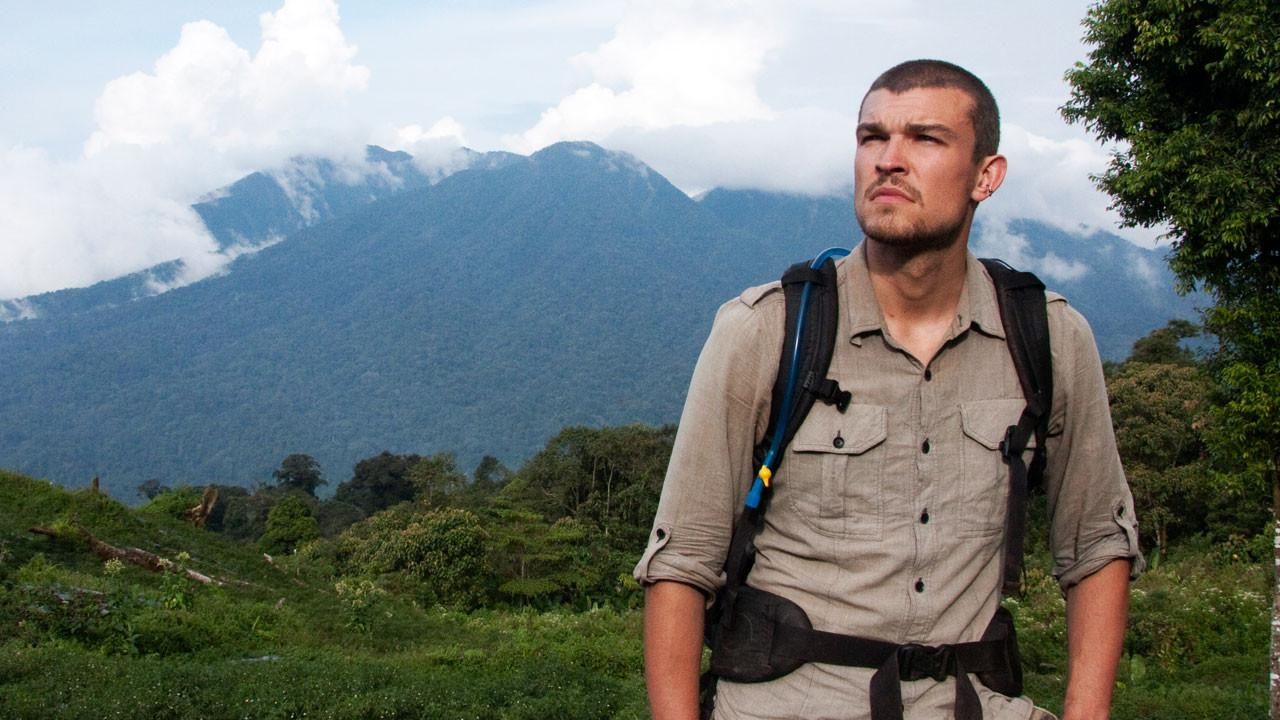 The translation of Mokele Mbembe is ‘one that stops the flow of rivers’.

The first report of Mokele Mbembe was from a German man names Hans Schomburgh who described a ‘huge monster, half elephant, half dragon’ to Carl Hagenbeck which prompted him to send his first expedition to the Congo in 1909 which was soon abandoned due to disease and hostile natives and then returned without any proof.

In 1910 Prof W D Matthews of the American Museum of Natural History, New York commented on a newspaper article from the Seattle Times reporting the existence of a dinosaur in Africa, saying ‘It is not impossible that some type of prehistoric monster may have survived”.

In 1920 the Smithsonian Institute sent a 32 man strong expedition to search for Mokele Mbembe. They found unexplained tracks along the river bank, but ultimately the expedition ended in tragedy. During a train ride through a flooded area crushing to death four of the team members and injuring many others.

One of the most famous sightings of Mokele Mbembe was caught on camera by a Japanese film crew who were flying above Lake Tele, Congo in 1992. The shaky and indistinct footage shows an object moving across the surface of the lake, but proves too out of focus to indentify.

In 1845 Albert C Koch, a German-born amateur paleontologist unveiled a complete sea serpent fossil skeleton which he called ‘Hydrarchos harlani’ and alleged he had discovered it in Alabama. The bones were put on display for the public in New York and Boston and attracted a great deal of attention. The skeleton was 114ft/35m long and was claimed to have been a ferocious beast when alive. He was later outed as a fraud and it was revealed that the bones came from five fossil specimens of "Zeuglodon", an Eocene whale better known today as Basilosaurus that had been added together to create a giant serpent.

Caddy sightings have not all been just glimpses – in February 1953 at least ten people allegedly watched it for an hour as it cavorted through Qualicum Bay, Vancouver Island. The following year, in an area near Nanaimo, a group of more than thirty people reported watching it simultaneously as well. Such reports make it difficult to dismiss these sightings as hoaxes.

The name for the local sea serpent Cadborosaurus, and Caddy for short was coined in the Victoria Daily Times on October 11th 1933 in honour of Cadboro Bay in Victoria, Vancouver Island where the creature was allegedly first sighted. Although the suggestion came by letter to the newspaper offices, the address was traced back to the local jail and the inventor of the name has never been found.

Caddy was a big hit with the local press back in the 1930’s. As the newspapers were filled with doom and gloom of the financial crisis and impending war, Caddy offered some light relief. The Victoria Daily Times and the Victoria Daily Colonist even had an intense rivalry over publishing reported sightings. In 1933 the Colonist even offered a $20 reward for a good photo of Caddy and by 1951 The Times had raised it to $200. The reward is still unclaimed.

There are four species of oarfish, but it is the Regalecus glesne or King of the Herrings that is listed in the Guinness Book for Records as the longest bony fish alive as the maximum reported length of the oarfish is 36ft but there have been unconfirmed reports of ones 56ft/17m long! They are very rarely sighted as they live at depths of around 600ft - 3000ft and only come to the surface when sick or dying.

The Mongolian Death Worm, known to Mongolia’s nomadic tribesmen as the ‘allghoi khorkhoi’ or ‘intestine worm’ as it is said to resemble in appearance that of a cow’s intestine. It is often described as being reddish in colour with no discernable head or tail. Rumour has it the worm rarely appears above ground but can be spotted most often in the months of June and July, and can grow up to 5 feet long.

Ivan Efremov (aka Yefremov) the renowned Russian scientist and science fiction writer wrote a short story about the Death Worm called ‘Olgoi-Khorkhoi‘ in 1944, based on Roy Chapman Andrews’ revelations about the creature.

Czech author Ivan Mackerle, one of the foremost investigators of the Death Worm, first came across the legend from a former student of his who came from Mongolia. It was only until 1990, after the fall of communism that Mackerle was granted permission by the new government to launch an expedition to officially search for the Death Worm and attempt to prove its existence.

Although most worms live in the soil, some have adapted to live in the sand too. The Giant Beach Worm (Australonuphis teres) is found in the sandy beaches of southern and eastern Australia and can grow up to 2.5 meters long. They spend most of their time under the sand only ever surfacing to feed.

Earthworms lack the ability to see or hear. Instead they have a highly developed sense of touch and the chemical senses of taste and smell. However they have no lungs and breathe through their skin and use a circulatory system the carry the essential oxygen and carbon dioxide around their body. This allows them to grow to quite large sizes in some countries.

Sumatra is the sixth largest island in the world, nearly twice the size of Great Britain, but with approximately only a third of the population density.

The island lies along the Pacific "Ring of Fire", one of the world's most active seismic zones, and the epicenter of the 2004 Asian tsunami was just off Sumatra’s west coast.

The Sumatran tiger (Panthera tigris sumatrae) lives exclusively in the dense jungles of Sumatra. It is the smallest of the remaining five tiger subspecies (the others being: Bengal, Indo-Chinese, Siberian and South China). Although increasing rare and endangered in the wild, Sumatran tigers are well represented in zoos across the globe, thanks to highly developed global conservation breeding programs.

The Indonesian island of Sumatra is the only place in the world where tigers, elephants, rhinos and orangutans co-exist.

One central Sumatran forest, Tesso Nilo, has been found to contain more than twice the vascular planet diversity of the Amazon rainforest or any other lowland forest studied.

One of the largest giant ground sloths found to date is the Megatherium americanum which was one of the largest mammals of its time. Growing up 20 feet long and weighing over 3 tons it used its huge and powerful claws for tearing down leaves and branches.

Sloths move so slowly those green algae forms on their fur which helps to camouflage them from predators. In fact their fur provides an entire ecosystem to many creatures including beetles and moths.

There are both two-toed and three-toed modern day sloths. They are built for a life almost entirely in the trees, where they mate and also give birth. On the ground, they are awkward and clumsy, making them vulnerable to predators. They’re actually better at swimming.

Tree-dwelling sloths have extra vertebrae in their neck enabling them to rotate their head an incredible 270 degrees. They also have a famously high pitched call.

The pain caused by the bullet ant’s sting is ranked the highest on the Schmidt Pain Index being described as: “Pure, intense, brilliant pain. Like fire-walking over flaming charcoal with a 3-inch rusty nail in your heel.”