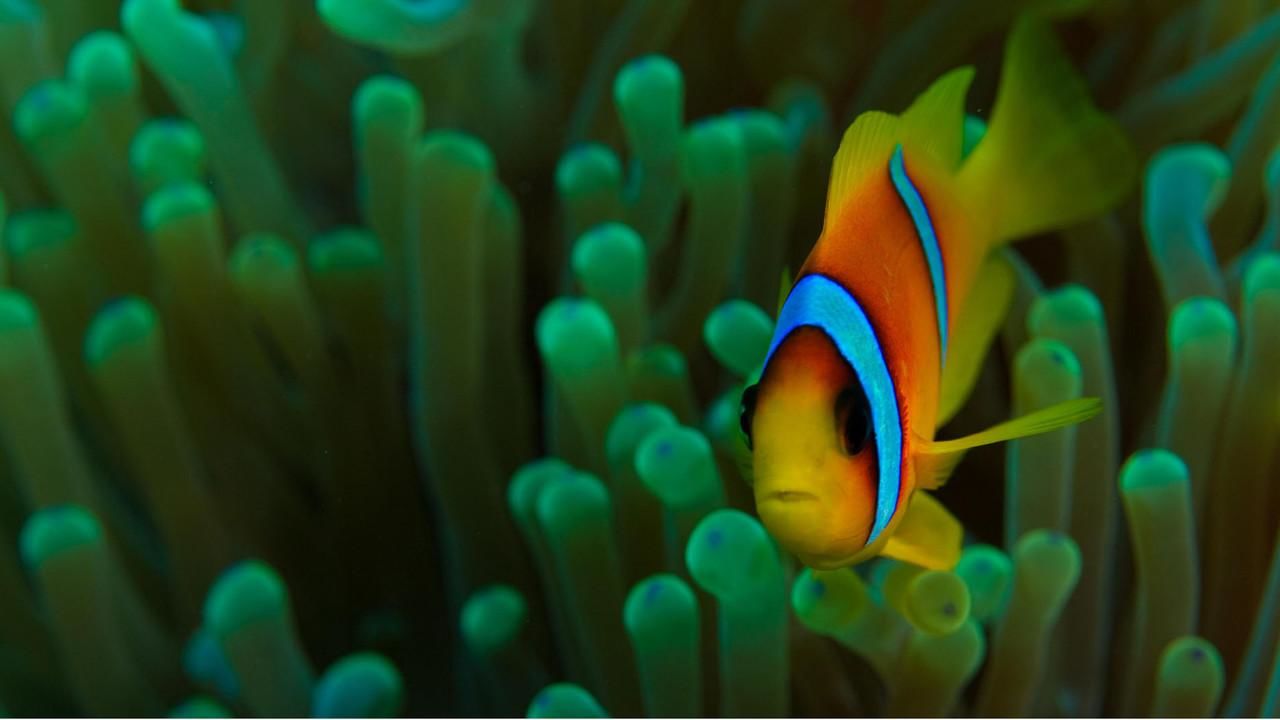 Desert Seas narrated by David Attenborough tells the story of how the peninsula of Arabia transformed from an ocean millions of years ago to the desert it is today.

The Gulf is now home to a myriad of sea creatures but, just as Arabia was once ocean, a mere 10,000 years ago this expanse of water was a swampy flood plain.

Since it drowned as sea levels rose, the Gulf is now the world's hottest and saltiest open sea.

The Red Sea, on the other hand, is a far older coral-fringed chasm formed as plate tectonics pulled Africa and Arabia apart; its reefs are prowled by huge moray eels and their shrimp entourages.

Splash into the waves that line this desert land and join us as we explore these waters in stunning HD and see what other treasures hide within these mysterious and little-studied seas.