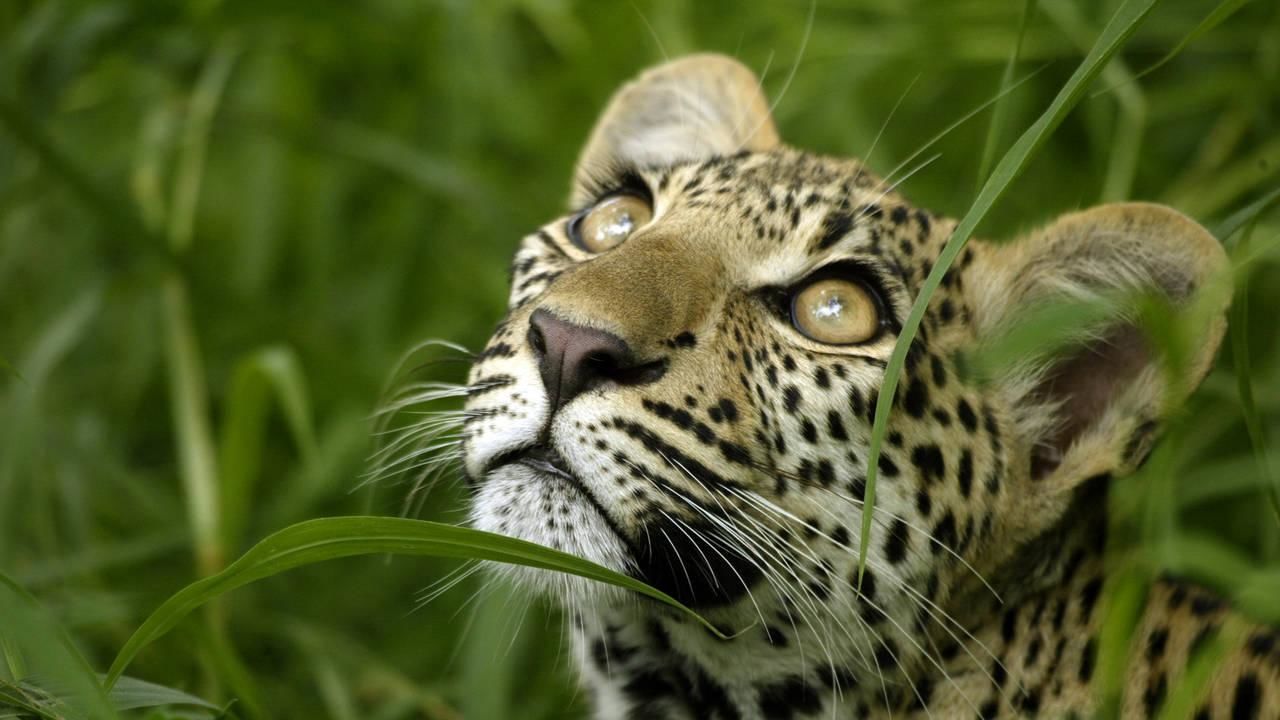 Get an intimate look at a leopard and the world she lives in.

One of nature’s most extraordinary cats can still be found deep in the flooded marshlands of a place called Mombo, in Botswana’s Okavango Delta. An ultimate predator, nearly silent, at times invisible, but when one can get close enough, always strikingly beautiful. Within this harsh environment, the leopard continues to flourish. One day, under the watchful eyes of two humans, emerged one particular cat with a birthmark that distinguishes her from all others – and they nicknamed her Legadema or “Light from the Sky.”

When Legadema first wobbled her way into the sunlight at only eight days old, Dereck and Beverly Joubert, the award-winning husband-and-wife filmmakers and National Geographic Explorers-in-Residence, were there. Over the next three years, they captured a remarkably intimate and gripping story of survival in wild, unspoiled Africa.

Eye of the Leopard takes viewers on an enthralling journey deep into the rarely seen lives of leopards. It is a journey of birth, life and death as a mother leopard and her first surviving cub of six, fight off marauding baboons and elude scavenging hyenas in a constant struggle for survival. Documenting her experiences in incredible detail, the Jouberts took great pains not to interfere in the leopards’ wild existence. They tracked the early formative experiences that armed her for the future, and her mother’s deliberate stealth, evading detection by a gauntlet of predators that could claim her cub.

We watch as Legadema increasingly refines her hunting prowess and graduates from stalking lizards and squirrels to warthogs, impala and even dangerously aggressive baboons. One particularly poignant and unexpected chapter occurs as Legadema nears the cusp of adulthood, and kills a mother baboon only to find the young baby still clinging. To the Jouberts’ amazement, instead of killing the baby baboon, Legadema lies down protectively around it and even gently lifts it to safety at the approach of a scavenging hyena.

We see first hand the relationship between leopards and the larger, more powerful lions, which are fully capable of killing a full grown leopard. We come to appreciate the advantages that leopards use to out manoeuvre their more powerful adversaries, including a locking wrist that allows them to nimbly climb the tallest tree with lightning speed. And we see that to survive, a leopard must know her area inside out, the exact location of every tree and bush to slip behind…a road map for survival imprinted in her mind’s eye.
ADVERTISEMENT