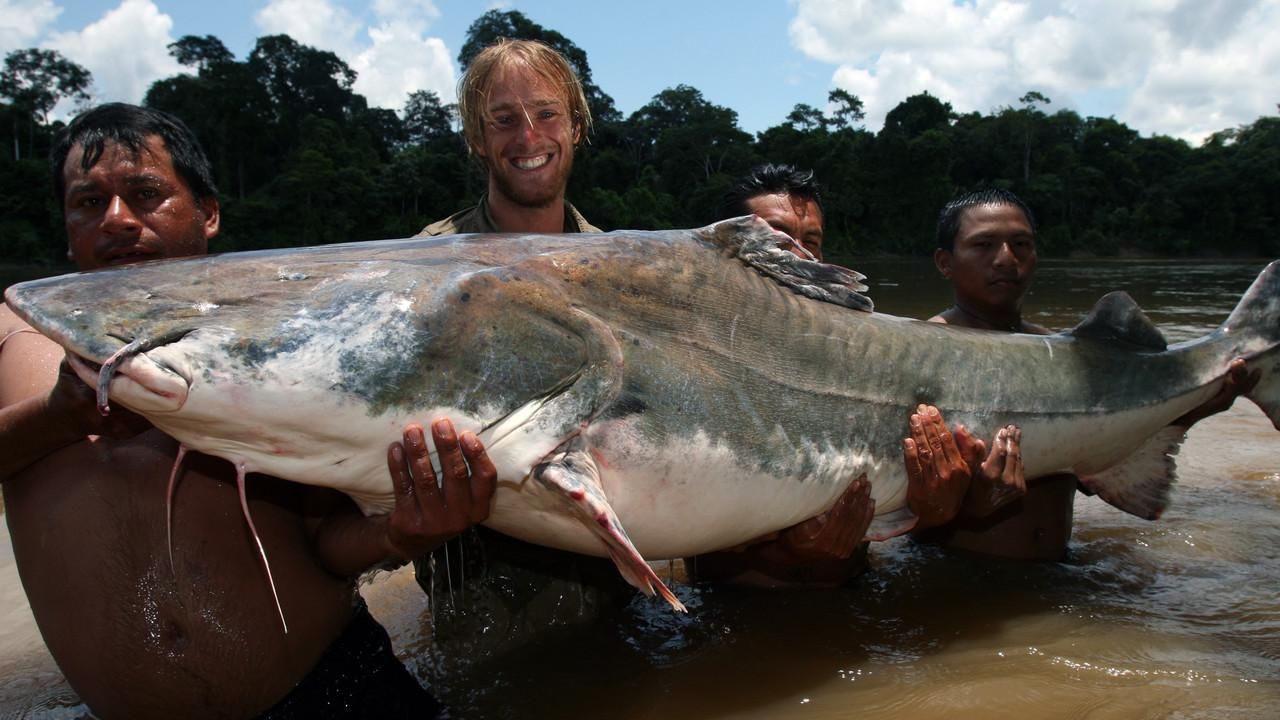 Lurking in the murky depths of the world’s great waterways are bizarre giants — specimens of such enormous proportions and odd appearance they boggle the mind. Remarkable freshwater fish that can reach astonishing lengths of 3.5 metres, weigh a scale-busting 200 kilograms and carry heavy suits of scaly armour. Some breathe air and are even rumoured to prey on people! Other aquatic giants have survived since the dinosaurs but now are dwindling in numbers and face an all-too-real threat of extinction.

Fish Warrior features lifelong adventure angler and world record-holding fisherman Jakub Vágner as he embarks on extreme fishing expeditions to the most remote regions of the world. Deep in the South American jungle, Vágner searches for a true “dinosaur of the deep” — the arapaima, which can weigh 180 kilograms and roams the Amazon River system/basin. And on Kenya’s Lake Turkana, he tracks a 1.8-metre-long perch — a valuable source of food for the region. Along the way, he meets the locals, observes their customs and hears surprising fishing legends.