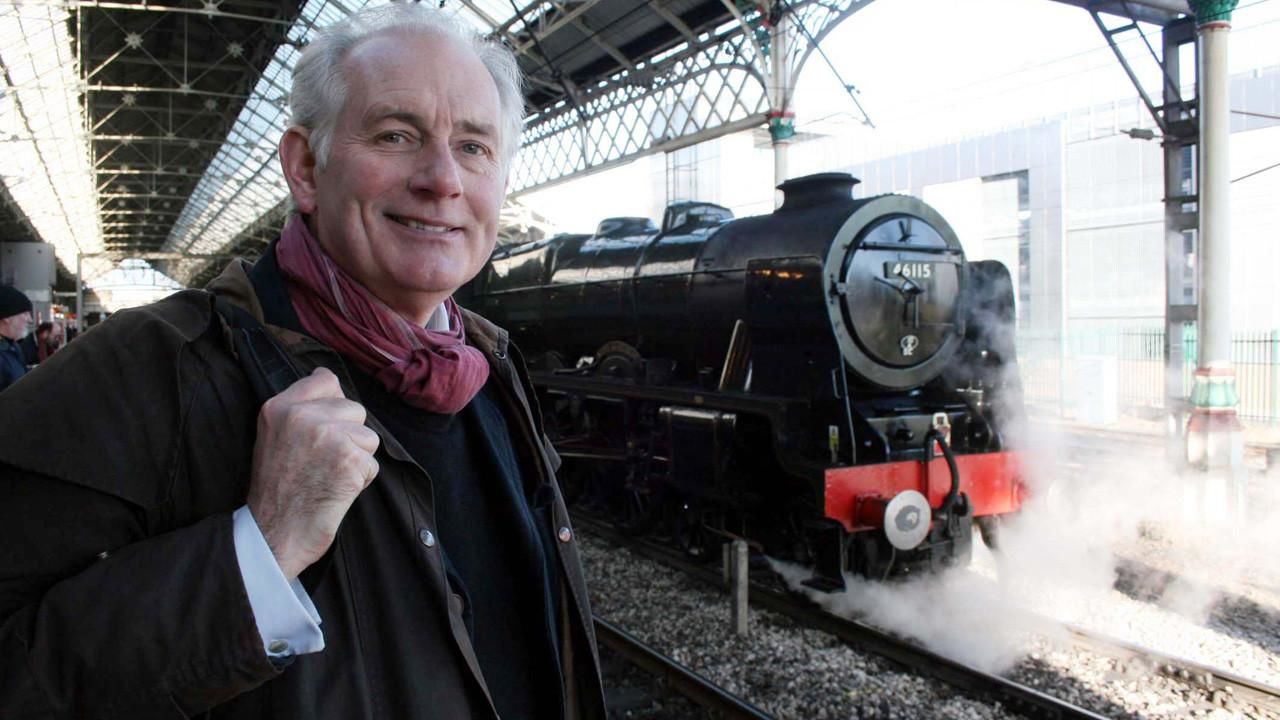 Climb up on the footplate and join historian and host Dan Cruickshank for a railway adventure like no other as he investigates how trains helped shape modern Britain.  This three-part series resurrects an exhilarating age and kicks off by focusing on the railways' role in defeating Hitler, before unearthing the incredible engineering achievements of Isambard Brunel and embarking on a trip on the earliest steam engines.

War Heroes
Decades after their invention, trains played a vital role in the great conflicts of the 20th century. In this first episode, Dan travels by rail to the frontlines of both the First and Second World Wars, and explores how trains were used for moving men, evacuees and supplies during the desperate struggles that engulfed Europe. Following in the footsteps of thousands of WWI British soldiers, Dan looks at how the railways helped topple Hitler by allowing the build-up of men and machines in the run up to D-Day.

Brilliant Brunel
We celebrate one of Britain's most ingenious and prolific engineers - Isambard Kingdom Brunel.  A perfectionist intent on managing every last detail, Brunel relished the task of building a high-speed and comfortable passenger line linking Bristol to London. As much a work of art as a transport network, his constructions included Paddington station, Clifton Suspension Bridge and Box Tunnel - at the time, the longest railway tunnel the world had ever seen.

Steam Revolution
In this final episode Dan travels back to the dawn of the first regular service - built between Manchester and Liverpool in 1830 - to explore how this technological wonder came about. Following the early routes over the Pennines, Dan investigates George and Robert Stephenson's pioneering work, explains how the burgeoning network was constructed to serve Lancashire's cotton mills, and reveals how fortunes were won and lost in the race to become one of Britain's first rail magnates.