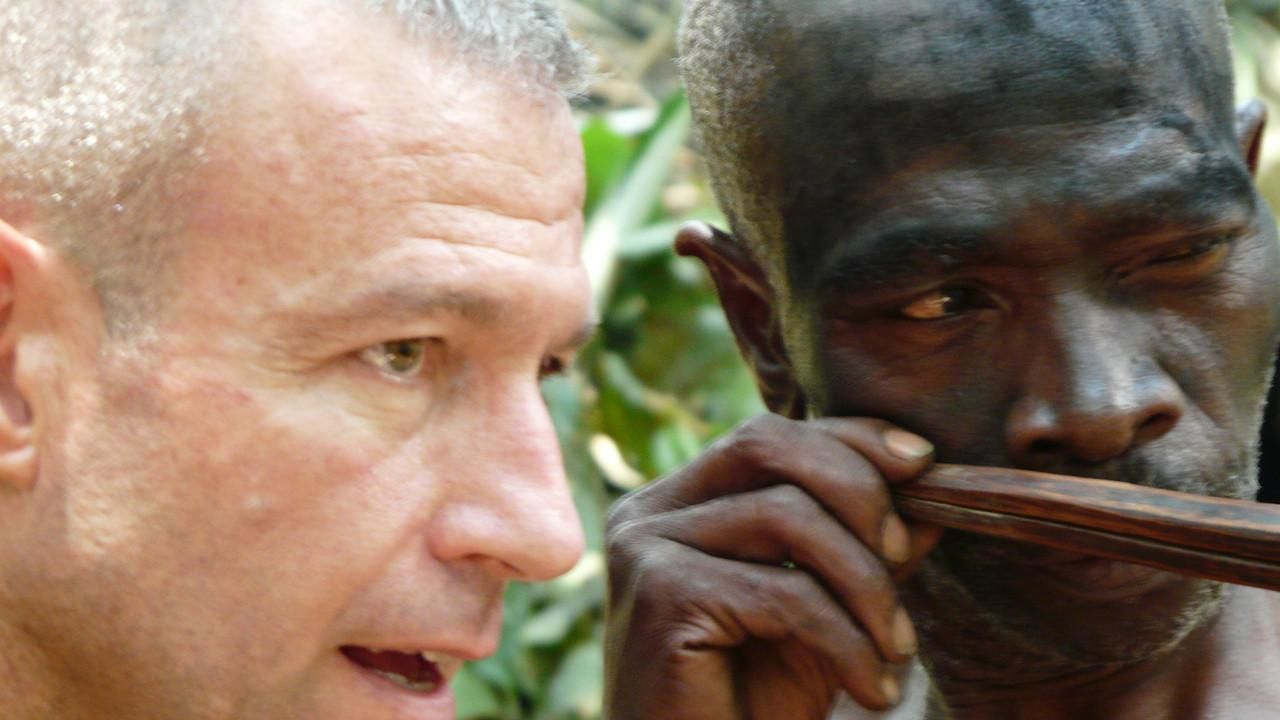 Go on an adventure with wildlife specialist Hayden Turner in Hunters Of The Lost World as he goes in search of rare tribes who live as hunter-gatherers.

These huntsmen along with their intimate knowledge of their environment are now on the verge of extinction.

In this four-part series, Hayden learns about their ancient ways, but most importantly, about animal behaviour from the masters.

Dodging giant pythons, prickly porcupines and stealthy leopards, and confronting elephants are some of the extreme situations he will encounter!

Far from the city lights, this is one adventure you shouldn't miss!

Hunters Of The Lost World: Sharp Teeth Nomads
Hayden joins the nomadic Baka of Cameroon, a tribe who chisel their teeth to help them eat their prey. Deep in the forest, he struggles to keep up as they use machetes, spears and poison crossbow darts to hunt wildlife.

Hunters Of The Lost World: Kill To Survive
On the South Pacific island of Tanna, the Namal people seek ritual power from a volcano before they hunt flying foxes, eels and wild pigs.

Hunters Of The Lost World: Death Blow
The Jahai are an ancient tribe who range over an area larger than London, hunting monkeys with blowpipes and porcupines with spears. Hayden tries not to compromise the stealth that is essential if they are to catch their prey and feed their families.

Hunters Of The Lost World: Kalahari Killers
In the Kalahari Desert, Hayden's dream comes true; his chance to follow the San Bushmen. Together they deal with charging elephants, scorching heat and have to dodge a leopard that wants the same prey as the tribe.