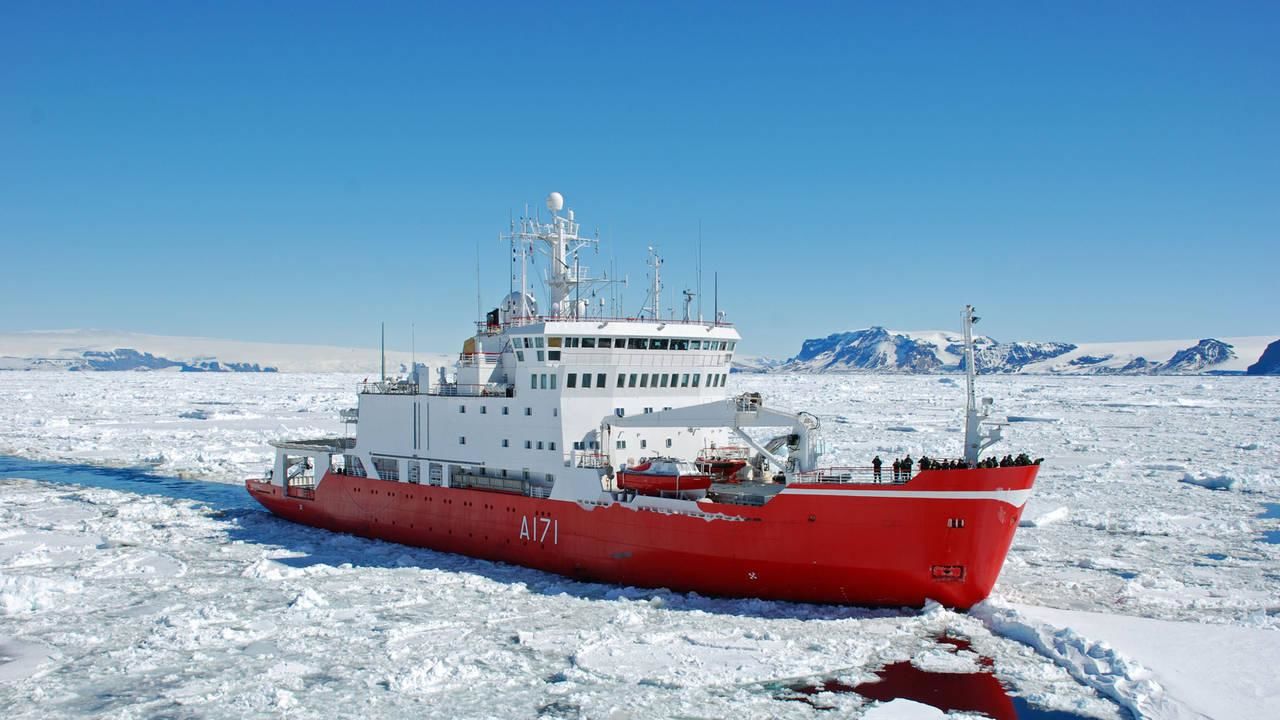 Climb on board HMS Endurance and take a voyage to perhaps the most extreme and hostile place on earth.

Built especially for the challenging conditions of Antarctica, HMS Endurance is the Royal Navy’s only ice patrol ship and its only one capable of breaking into the icy wastes of Antarctica. We join the elite, 140-person crew as they embark on a four-month expedition in perhaps the most extreme and hostile environment on the planet. Follow the extensive and diverse duties of the Royal Navy and the British Antarctic Survey, and the trials and tribulations that the frozen continent brings.

In the first episode, Return to the Ice HMS Endurance prepares for another season in Antarctica. Captain Bob Tarrant has taken her there for the last two years but in 10 days time he must hand over to a new captain and is determined that the ship is ready for the ice before he leaves. Faced with a series of engine problems, can the crew get the vessel ready for both a long and dangerous journey and a new commander? Then bad news from home causes further problems as the ship leaves the Falklands.

Frozen World patrols the icy waters of Antarctica and HMS Endurance drops two landing parties off on the deserted continent. But, as the ship heads even further south, a combination of a blizzard and engine failure could spell disaster for both those at sea and on shore.

Heading to Chile to celebrate Christmas, catastrophe strikes when the ship’s engine room is flooded with seawater. Floating without power, the Endurance is dangerously close to capsizing. As the waves batter them, can the heroic crew save not only the ship, but also their own lives? Find out in Disaster at Cape Horn.