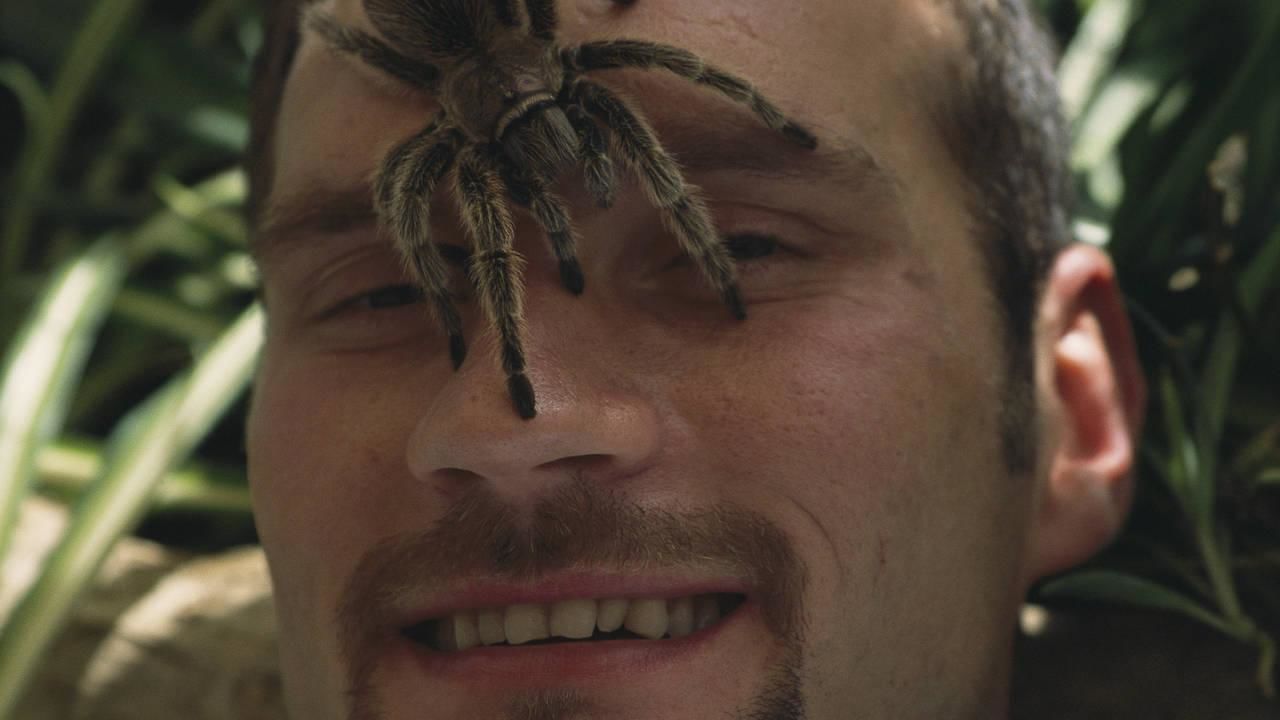 Gain a new perspective on the scary world of the scuttling, venom-filled creatures that inhabit our nightmares.

Jake Willers is the man who will take you closer to these creepy crawlies than you would normally dare go. He’ll show you an unparalleled view of the workings of this micro-world but also give you an incredible insight into just what makes these creatures so fascinating and vital to our existence. He’ll dispel some of the legends that surround these mythical creatures, and replace them with mind-blowing facts and information that will turn your fear into awe, as you realise the true nature of these tiny beasts.

Jake looks at the armoured beetles and bugs, with jaws and syringe-like mouthparts that eat their way through dung, dead wood and even each other, filling an essential recycling role in the world we live in.

He’ll show you just how misunderstood the spider is; the wonder of their webs and constructions, and how with spiders, size matters. And when you’re talking venom, it’s usually the small ones you should fear!

He’ll dispel some of the myths associated with scorpions and their marine cousins, by diving right into their worlds, revealing some unexpected facts hidden deep within. Jake shows us some real alien invasions and the devastating consequences they can have, as well as one of the most successful insect invaders of all. He bares his flesh to parasites and investigates the amazing healing powers of insect larvae. He’ll look at the way insects are being used in both modern day and traditional medicine, as well as taking an intimate look at one of the biggest killers in the world!

Jake Willers is an animated and infectious personality, with a fearless attitude to the creatures he handles. He’s your own personal guide as he individually draws you into this captivating series, filmed across Africa and Europe, delving deep into our fears and fascinations - both in the wild and in our homes. He’ll take you on an enthralling journey to meet some real Insects From Hell.
ADVERTISEMENT