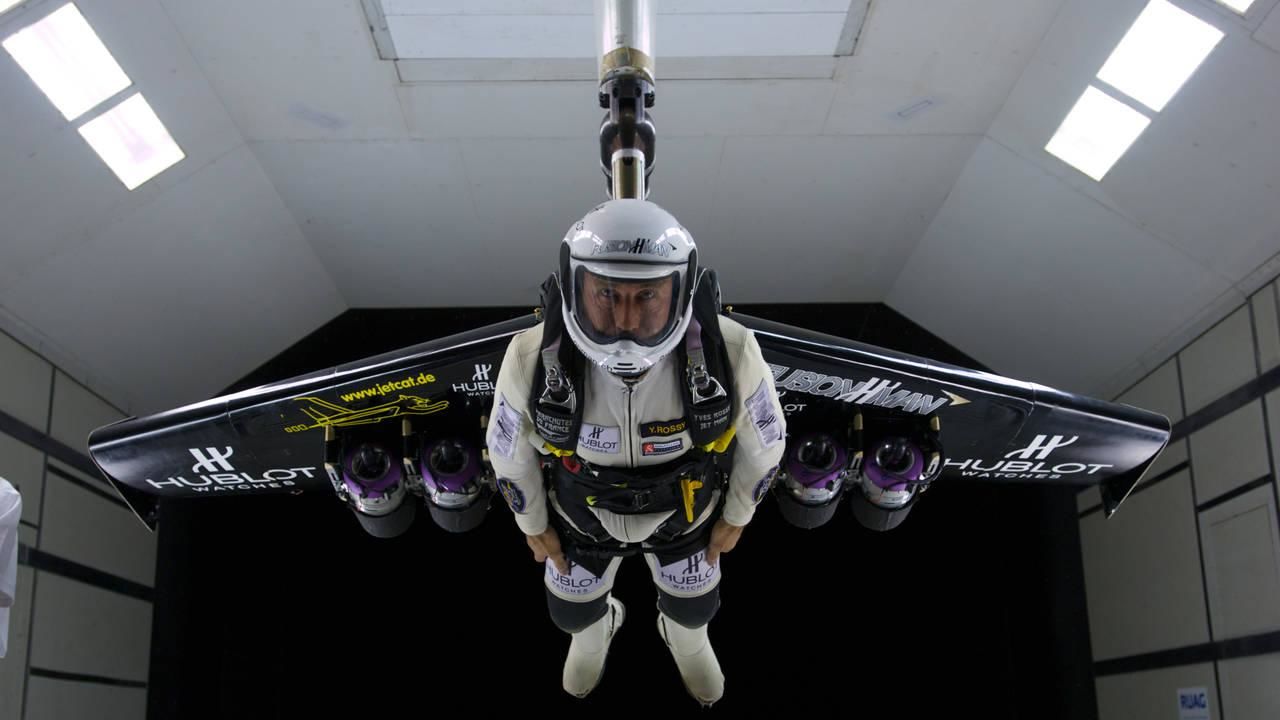 Yves Rossy attempts to cross the Channel with only a single jet propelled wing on his back.

Just after 1.05pm on Friday 26 September, Swiss daredevil Yves Rossy became the first person to fly solo across the English Channel using only a jet-propelled wing strapped to his back.

After two previous attempts were postponed because of bad weather, Rossy took only 9 minutes and 32 seconds to complete the 22-mile [35.4km] journey.

As he crossed the White Cliffs of Dover, Rossy flew past South Foreland lighthouse - which Blériot had used as a target during his pioneering flight - and looped onlookers before landing safely in a field.

Known as FusionMan, he declared that he felt "great, really great" shortly after touching down from the historic flight. He said he dedicated the achievement to his support team who had made it all possible. "I only have one word, thank you, to all the people who did it with me."

The flight was broadcast live for National Geographic Channel. Its producer, Kathryn Liptrott, said that Mr Rossy was fearless.

The 49-year-old former fighter pilot who has since gone back to his 'day job' flying for Swiss International airlines, was taken to a height of 2,500 metres by a Pilatus support plane which, once he jumped out, guided him on his route.  There was also a search and rescue helicopter on hand in case he landed in the sea, and another helicopter, with a Webcam mount, to film him in the air. Another plane flew above him to capture the dramatic aerial coverage and relay the pictures.

Yves Rossy has the last word: "With that crossing I showed it is possible to fly a little bit like a bird. I am full of hope there will be many in the near future."
ADVERTISEMENT