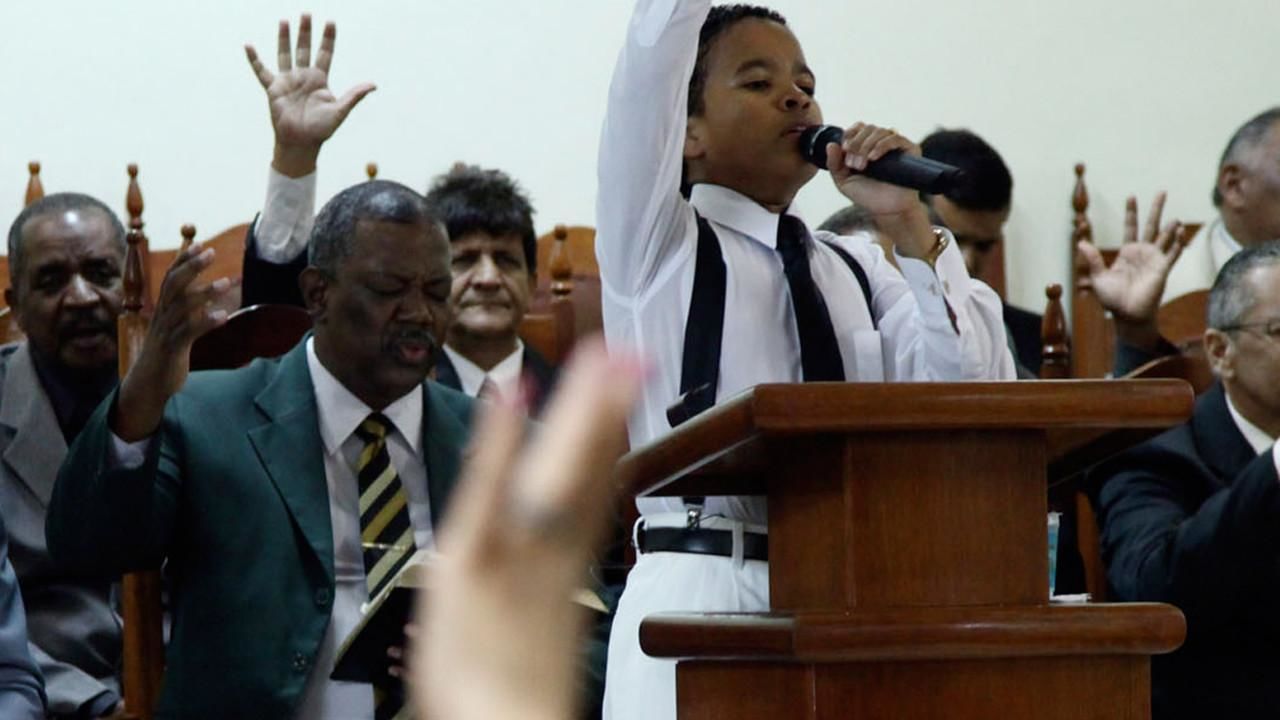 Meet three of the world's youngest men of the cloth in the UK premiere of Kids Who Preach on Wednesday 14 September at 9pm.

To their followers they are the 'chosen ones', channelling the word of God to bring hope to thousands of people. To disbelievers, they are gimmicks used by the adults around them to exploit vulnerable congregations who are desperate for a miracle.

Kanon Tipton from Mississippi shot to fame as an internet sensation aged one, billed as 'the world's youngest preacher'.  Three years later, he prepares to address the congregation again. But is he really speaking God's words, or merely imitating his sermonising father?

Meanwhile, 12-year-old Terry Durham's reputation for healing the sick has earned him the title 'The Little Man of God'. But as he grows older, will his popularity begin to wane?

Lastly, at the age of 12, Matheus Moraes from Brazil is converting gang members...