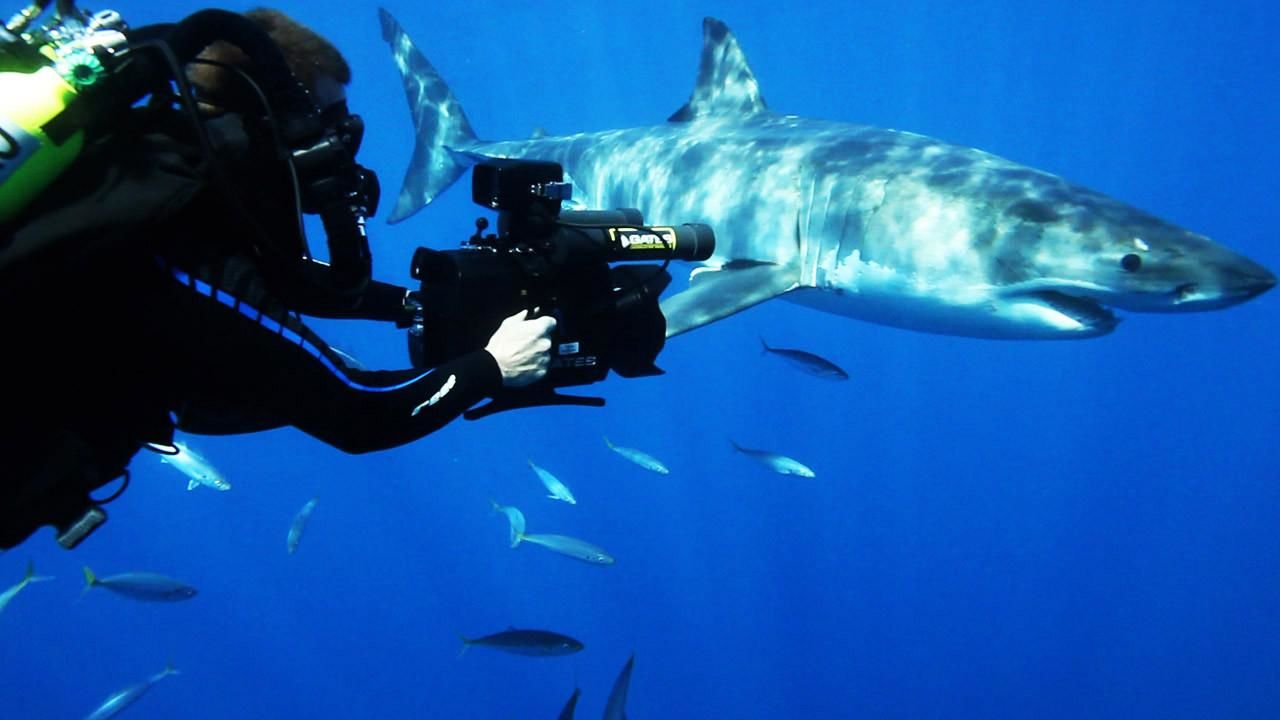 Andy Casagrande is a veteran field producer and cinematographer.  Andy’s passion for wildlife as well as his experience as a naturalist and documentary filmmaker have taken him around the world to capture the lives and movements of some of the planet’s most fascinating creatures.  In addition to his outstanding academic achievements at California State University, Long Beach (biology/psychology), Andy has travelled the world in pursuit of exquisite cinematography and photography of king cobras in India, lions in Tanzania, baboons in South Africa and great white sharks.

Andy got his start as a great white shark research cameraman and guitar player for the White Shark Trust in South Africa.  His position with WST and his "Great White Shark Song" eventually landed him a staff job with National Geographic Television, where he currently works as an HD wildlife cameraman and field producer.  He specializes in underwater filming of great white sharks, but also finds himself closer than usual to orcas, king cobras, grizzly bears, lions, hyenas, crocodiles, raptors, monkeys and jellyfish – and, of course, any sharks nearby.