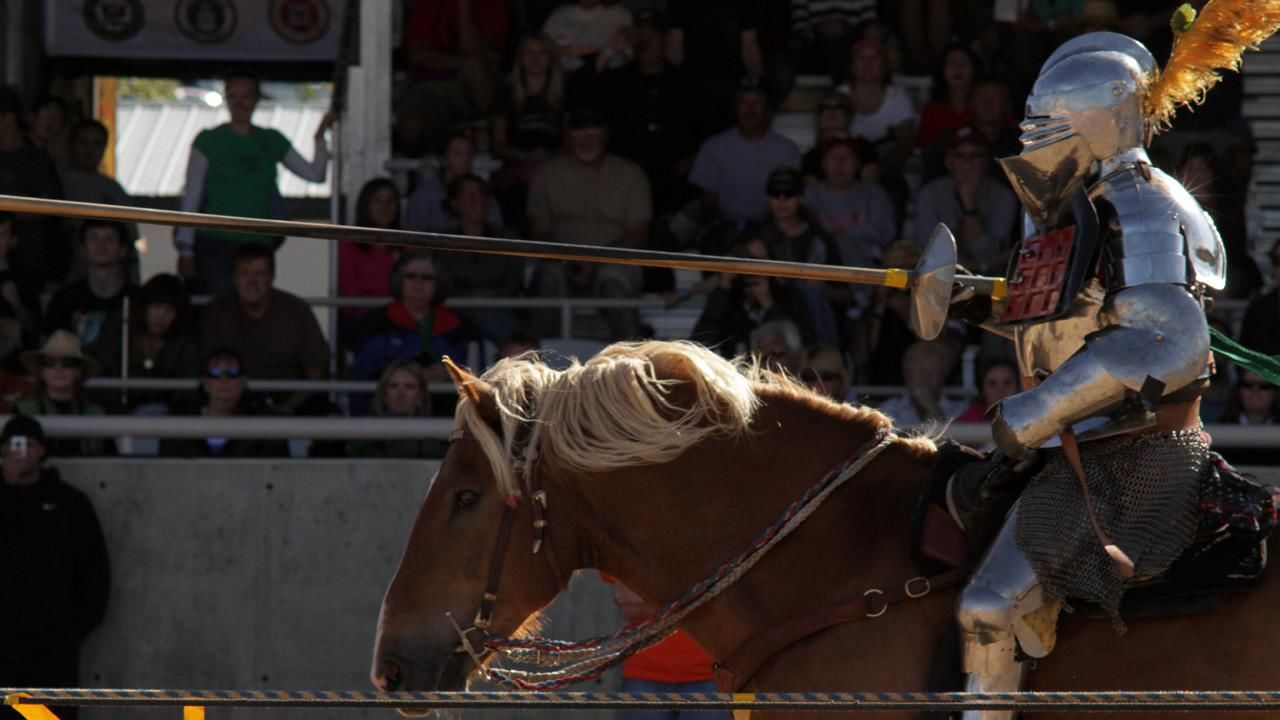 WHAT WINS A JOUST?

The creators of jousting intended it as test of martial prowess and character, but math and physics also seem to play a significant role.

In 2002, Erik M. Berg and Roger L. Lampe, who at the time were undergraduate science students at Worcester Polytechnic Institute, wrote this paper in which they mathematically modeled the collision of two jousters and analyzed how the a number of different variables—ranging from the size of the knights and the muscular strength of their grip of their saddles, to the velocity their horses achieve—influence the outcome.

Berg and Lampe found that one critical factor is the alignment of a knight’s lance, and the location and angle at which it strikes the opponent’s shield or armor. A straight-on blow that hits an opponent in the center of the torso is likely to bend his upper body directly backward.  That sort of strike could shatter a lance, if the collective mass and velocity exceed the wooden shaft’s tolerance for bending. In order to unhorse an opponent and win more points, however, a knight probably needs for his lance to strike at  to one side and at an angle in that direction. If delivered with sufficient force, that type of impact will cause the opponent to rotate to one side as well as backward, and create a greater strain upon his grip on his saddle and horse. The ideal target for a knight, they concluded, is the upper left part of the opponent’s armor, just far enough away from the pivot point of the opponent’s spine to achieve the maximum torque, but not so far toward the edge that the lance would strike a glancing blow off the armor and not achieve a solid hit.

But another key factor in determining a victor is how strongly the knight holds on to his own horse while scoring a hit with his lance. If a knight doesn’t have a strong enough grip on his horse, when his lance strikes the opponent, he may end up being knocked out of the saddle himself.