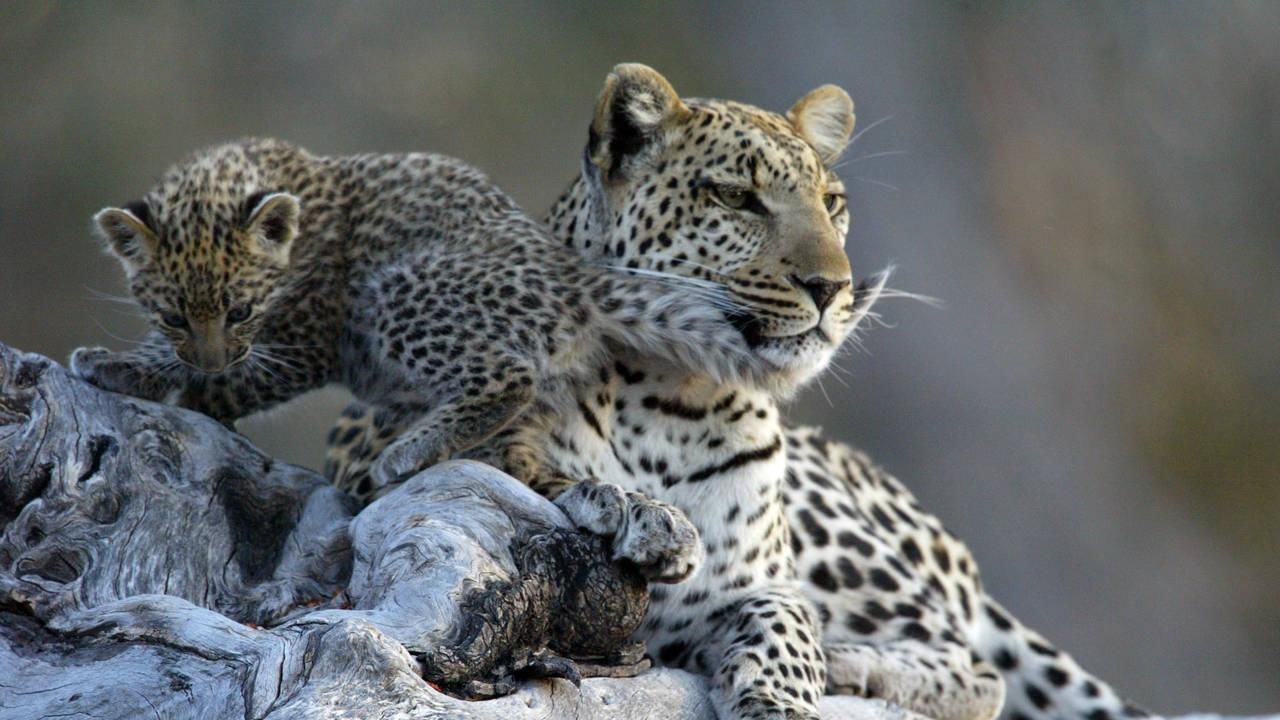 Filmmakers Dereck and Beverly Joubert forge a relationship with a week-old leopard in Africa.

Dereck and Beverly Joubert are award-winning filmmakers whose mission in life is conservation. They have received four Emmys and one Peabody Award. Their organisation, Wildlife Films, has been operating primarily in Africa and specialising in African wildlife for 25 years. They have brought to our screens classics such as Eternal Enemies: Lions and Hyenas, Lions of Darkness, Patterns in the Grass, and Reflections on Elephants, among others. Their most recent films include Ultimate Enemies: Lions and Elephants and Relentless Enemies, which takes viewers onto a unique battlefield to witness the gruelling fight for survival of highly specialised lions that prey almost exclusively on buffalo.

The Jouberts co-produce all their films; Dereck directs, films, and writes the scripts, while Beverly...
Read More