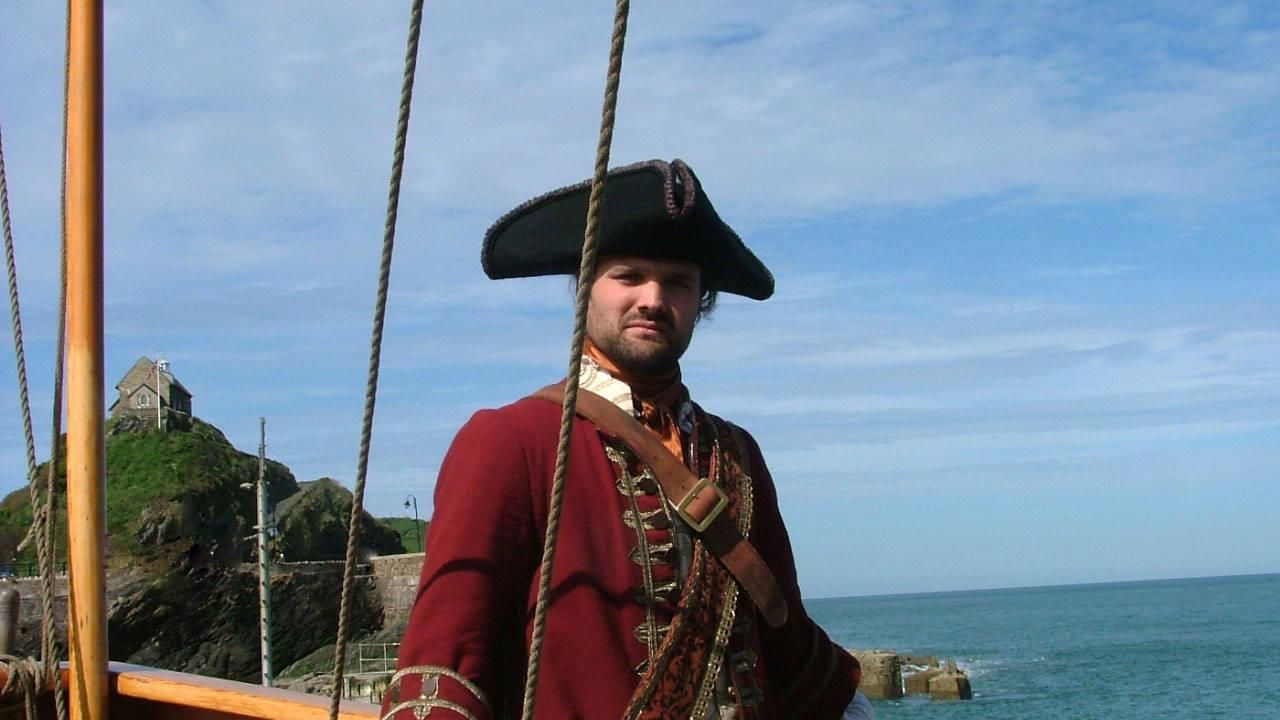 Salvage experts uncover notorious Black Sam’s loot, revealing many of the secrets of the real-life Pirates of the Caribbean.

Sword-wielding sea bandits, a tragic fate and a sunken treasure. Follow the swashbuckling story of the world’s first excavation of a pirate treasure ship.

The notorious ‘Black’ Sam Bellamy was perhaps the most prolific of the thousands of pirates terrorising the Caribbean during the early 1700s. Hoping to save enough money to marry, a young Sam Bellamy turns to the ultimate get rich quick scheme of the period: piracy. His ship, the Whydah, was carrying more than four and a half tons of gold and silver booty in its huge hold when it capsized during a fierce storm in 1717, killing all but two members of its villainous crew.

Now, almost 300 years later, ‘Black’ Sam’s loss becomes our gain as salvage expert Barry Clifford provides this fascinating look at the ongoing excavation of the world’s only authenticated pirate shipwreck. After six years of digging and thousands of dives, Clifford’s search seems hopeless until his team fatefully uncovers a heavy round object. Bringing it back to the laboratory, the crew must painstakingly wash away 300 years of rust and decay, unearthing a large bell frequently found on 18th century ships. Inscribed on the bell are the words ‘The Whydah Gally 1716’.

Follow the quest of Clifford and his team as they uncover Black Sam’s loot, revealing many of the secrets of the real-life ‘Pirates of the Caribbean’ in the process.