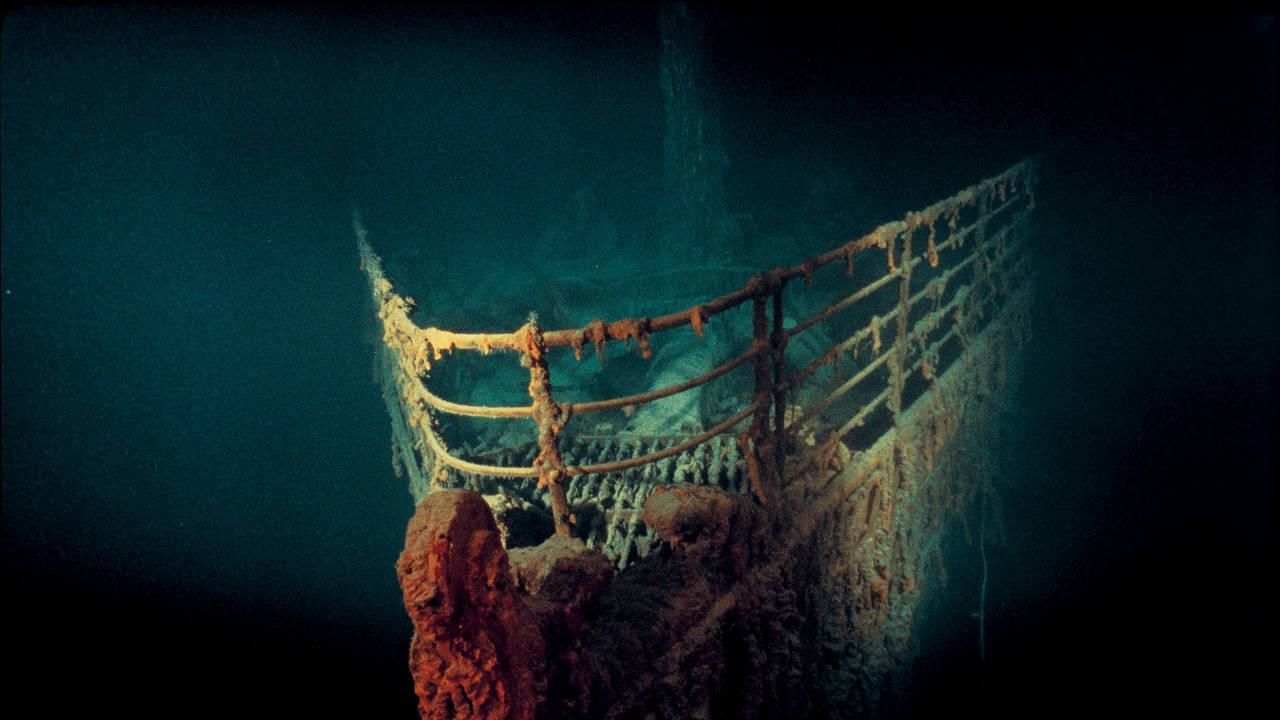 Dr Robert Ballard, who discovered the Titanic wreck, returns to see the damage caused by nature and man.

More than 1,500 passengers and crew died on Titanic's maiden voyage. The most famous shipwreck in modern history still fascinates us, almost a century after her fatal collision with an iceberg.

Now the Titanic faces a different fate. A destructive combination of nature and human intrusions is threatening to force the complete collapse of the wreck into the ocean floor.

Almost two decades after discovering the wreck of the Titanic, explorer Dr Robert Ballard returned to the depths of the Atlantic to find out why the wreck is in danger. His mission was to assess the damage from both human intrusion and natural degradation. It is estimated that since 1985, up to 8,000 artefacts have been salvaged from Titanic.

National Geographic Channel had unprecedented access to the expedition, and on the morning of Tuesday 8 June, broadcast globally a one hour special, Return To Titanic. This exclusive special followed the expedition’s progress every step of the way and brought viewers nearly 2.5 miles under the Atlantic Ocean for a LIVE broadcast from Titanic's watery grave.

Speaking before the expedition Dr Ballard said, 'I’m returning to Titanic to see what has happened to the ship in the almost 20 years that have elapsed since I first discovered her. Using high definition cameras, we will take images of the ship and its surrounding debris field and compare them to the images we made in 1985 and 1986. This will allow our team, and the viewers at home, to contrast the ship's past and present and see the level of change for ourselves.'

Throughout the expedition Dr Ballard spoke of his dismay at the level of human-induced damage that he observed, brought about by salvage teams and tour operators visiting the site and their submersibles landing on and bumping into the fragile wreck:

'It's still the grand old lady, but it's not the same grand old lady as when I was down there (in 1986.) The finger's there, but the ring is gone.' Dr Robert Ballard.

Dr Ballard observed that the railings at the bow had fallen over, and the foremast where lookout Frederick Fleet spotted the ship's fatal iceberg had completely collapsed as a result of a collision by a submersible. The brass bell on the crows nest has also been taken.

'There are lots of holes, especially the boat deck, that are sub landing sites,' Ballard said. 'Places too narrow for landing don't have such holes." Ballard's view is that ship wrecks should be left as "museums of the deep.'

'Come and see the Titanic…but don't tear it up. That's our philosophy, and in my opinion will greatly extend the life of the ship for future generations to visit.'

In 1997 an international agreement to protect the RMS Titanic wreck site was negotiated by the four nations most closely associated with the Titanic- the United Kingdom, France, Canada and the United States.

Under the agreement, the Titanic is designated as an international maritime memorial, recognising the men, women and children who perished and whose remains should be respected. Parties will also protect the scientific, cultural and historical significance of the wreck site by regulating, within their jurisdiction, dives to the Titanic shipwreck, including the hull, cargo and other artifacts at the wreck site.

The Agreement enters into force when two or more nations have ratified or accepted it; once in force, it applies to each subsequent country upon ratification, acceptance, or accession.

The U.K. signed the agreement in November 2003 and, at the same time, enacted implementing legislation. On 18 June 2004, ten days after Return To Titanic was broadcast, the United States signed the agreement that will lead to increased protection of the RMS Titanic wreck site. Once implementing legislation is signed into U.S. law, the U.S. can deposit its acceptance and the Agreement will become effective for the U.S.


ADVERTISEMENT
You need to install or update your flash player.