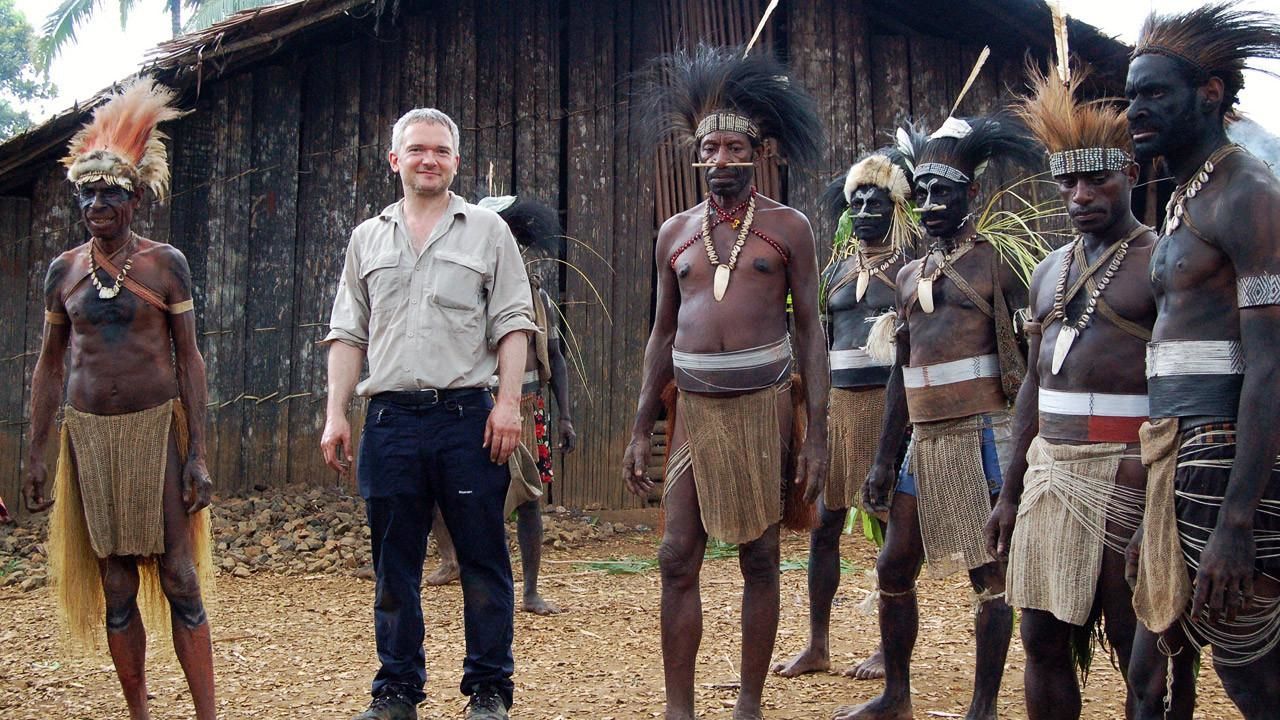 Considering that we view cannibalism with such abhorrence and revulsion, it’s probably not that surprising that popular culture is rife with references that exploit its shock value. Even William Shakespeare wasn’t above using corpse-eating as a plot twist; in his 16th century play Titus Andronicus, a character is served the flesh of her dead son and unwittingly consumes it. The depiction of South Seas natives’ cannibalism in Herman Melville’s 1846 adventure novel Typee nearly made his manuscript too unsavory for American publishers, but probably also helped make the work a sensational success. 19th Century readers also gobbled up books about notorious real-life cannibals such as Alfred Packer, the Colorado prospector who served a prison term for eating his fellow fortune-seekers, and the infamous Donner party, who were forced to eat dead members of their expedition after being trapped by a snowstorm. But they also eagerly perused H.G. Wells’ 1895 novel The Time Machine, which made cannibalism part of a dystopic vision. Wells depicted future humanity splitting into two species, the cannibalistic Morlocks and the Eloi, a peaceful race who became their docile prey.
Starvation Camp

Since then, popular culture has continued to feature cannibalism as the ultimate melding of desperation and depravity. Rupert Holmes’ 1971 song “Timothy” — in which two trapped, hungry miners apparently eat one of their colleagues — was a Top 40 radio hit for The Buoys. The 1973 film Soylent Green depicted a future society where population growth was so out of control that the government was forced to secretly reprocess corpses and market them as a brand-name cuisine to quell food riots. (The film gave star Charlton Heston one of his signature lines: “It's people! Soylent Green is made out of people!”) But other works portrayed cannibalism as the ultimate taboo to be broken by a madman. Thomas Harris’ 1980s novels Manhunter and Silence of the Lambs (subsequently made into a hit 1991 film by director Jonathan Demme) focused upon a loathsome but charismatic serial killer, Hannibal Lecter, who fashioned gourmet meals from the flesh of his victims.