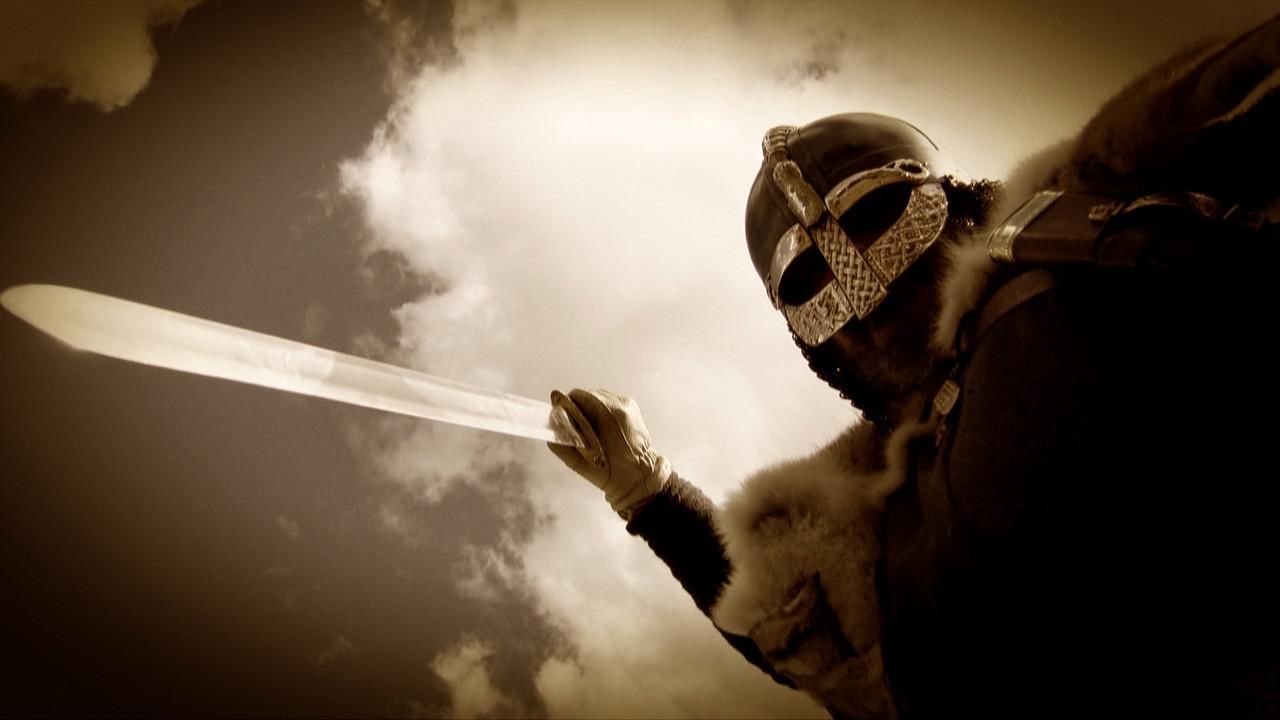 The hoard is composed of over 1500 pieces of bejeweled gold and silver.

It is believed to be from the 7th century AD, a time of much warring between neighboring kingdoms established after the exit of the Romans from the British isle.

The 7th century AD was a time of religious intolerance and violence with old gods being challenged by the new with the beginning of the spread of Christianity, and the balance of power shifting between Christian and pagan tribes.

The Anglo-Saxons, ancestors of the modern English, were made up of different tribal groups who arrived from Northern Europe and fought to settle all over England.

The 7th century AD has long been called the Dark Ages because virtually no written history survives.

The hoard was valued at about £3.3 million, the value of which was split between the finder, Terry Herbert, and the owner of the land it was found on, Fred Johnson.

An unprecedented find, this is the only Anglo Saxon gold hoard ever found.

Most of the artifacts from the hoard are bent, mangled and torn.

Archeologists had to keep the find secret until they could go back to the site and remove everything before looters found out about it.  As a cover, the landowner told his neighbors that there had been a murder and investigators were searching for a body.

Although no one is sure exactly why these objects were buried, archeologists tentatively believe that the hoard is war booty, since it is composed almost exclusively of military and religious artifacts.

The hoard was found in a field in southern Staffordshire, England in July of 2009.

This area was once the heart of the ancient kingdom of Mercia, one of the most powerful of the warring Anglo Saxon kingdoms.

The Saxons were renowned craftsmen working with wood, bone and iron, but the skills required to make gold and garnet jewelry was something that only a few master craftsmen possessed.

The hoard objects are of an amazing quality of craftsmanship. Archeologists still don't know how goldsmiths were able to create some of these pieces.

Some of the objects have a patterned foil under the garnets to enhance their sparkle.  The ridged pattern has points less than a fiftieth of an inch apart - how medieval craftsmen were able to create such a thing is a technique lost to history.

The artifacts consist of about11 pounds of gold and 3 lbs of silver.

More than 40,000 people went to see the hoard when it was on temporary exhibit over a two and half week period.

It was decided that the hoard should be forever displayed in the area it was found. So Birmingham and Stoke Museums had just 3 months to raise the millions and pay for its return.
ADVERTISEMENT