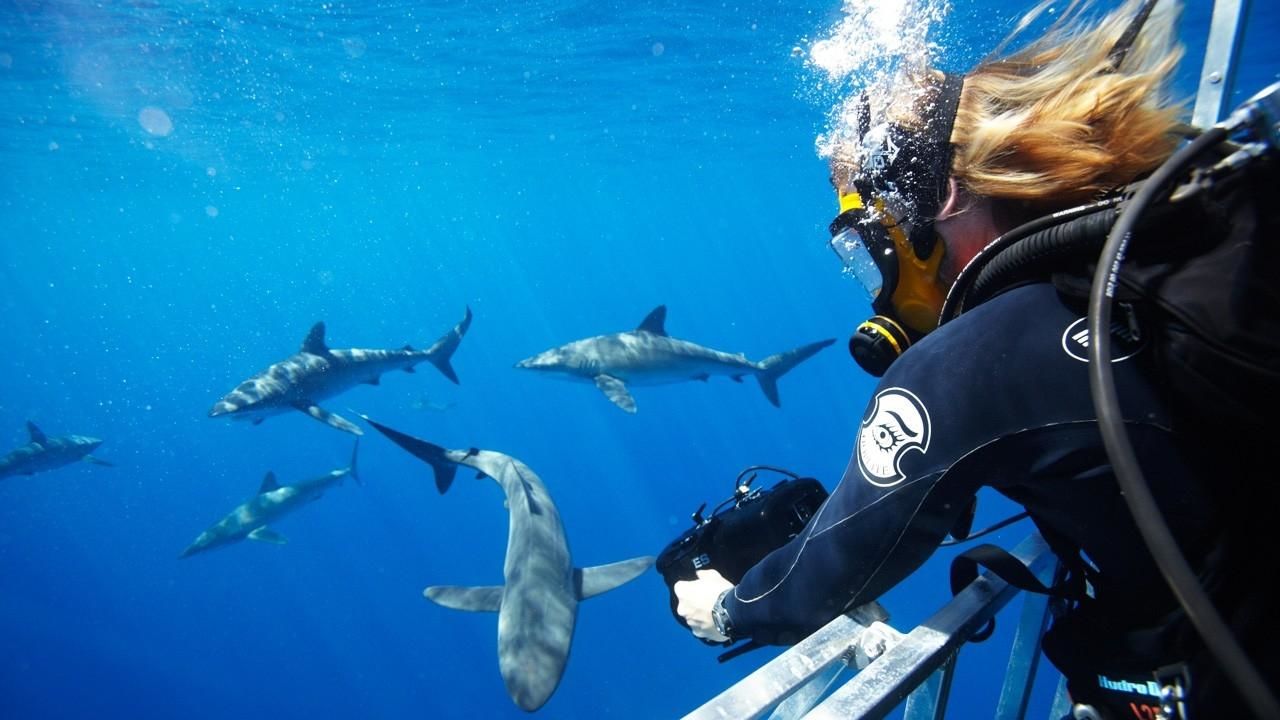 Great whites are torpedo-shaped with powerful tails that can propel them through the water at 40 kilometres per hour or faster.

Great whites can detect one drop of blood in 100 litres of water and can sense even tiny amounts of blood in the water up to five kilometres away.

Great whites are loners but they gather at Guadalupe Island, Mexico, for up to eight months a year and no one knows exactly why. It is thought that the large number of seals on the island may provide the sharks with a plentiful diet.

Dr. Domeier identifies the sharks in his database by examining three unique characteristics: their gill slits, pelvic fins and tails.
Each time the shark’s fin breaks the surface, the permanent tag transmits one message per minute to a satellite overhead. Three messages allow the satellite to determine the exact, real-time location of a specific shark.

Unlike the bolted tag which is designed to work for six years, the temporary tag is designed to pop off within six months and transmits data about a shark’s movements, as well as ocean depth and temperature.

Great Whites have slate-gray upper bodies which blend in with the rocky, coastal sea floor, but get their name from their universally white underbellies which camouflage them from below.

Great Whites also have organs which can sense the tiny electromagnetic fields generated by animals.

There is no reliable data on the great white population; however, their numbers are decreasing precipitously due to overfishing and gill nets.