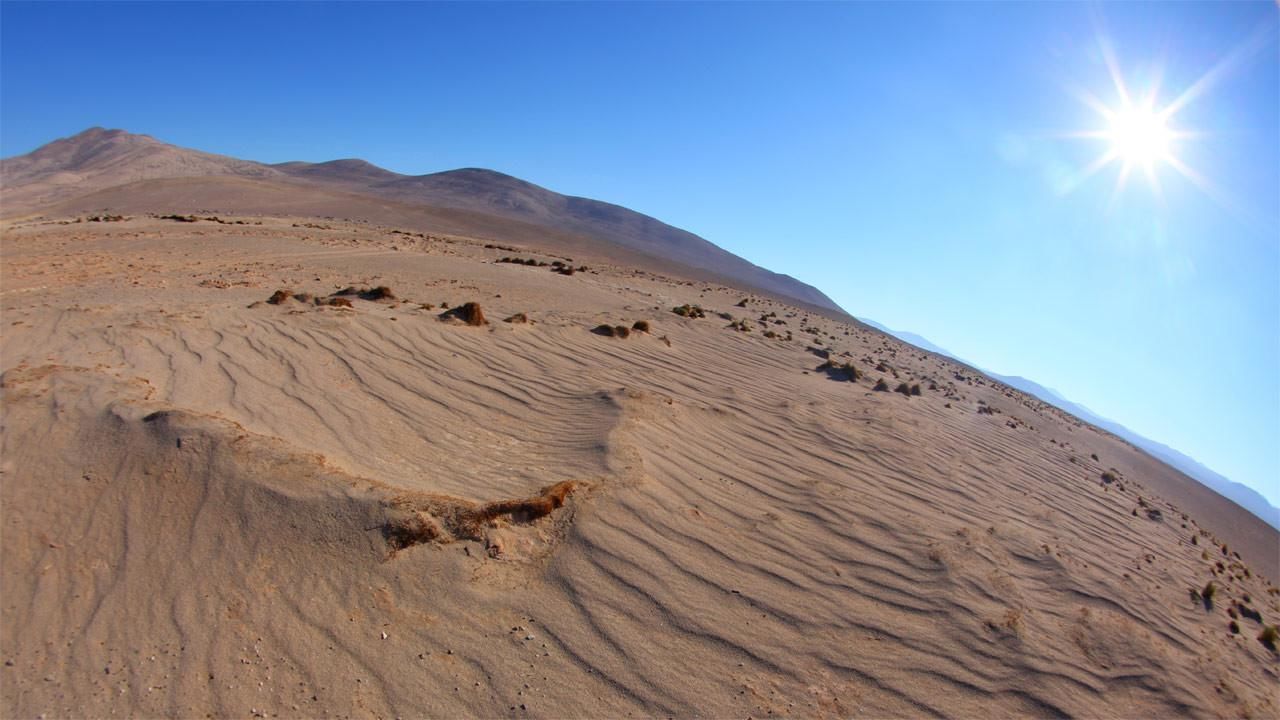 Storms on Jupiter have raged for hundreds of years. One of its storms, known as “the Great Red Spot,” is two times the size of the Earth and has been churning for over 300 years.

The spot turns at over 500 kilometres per hour, twice the speed of a category 5 hurricane, but the power source of this storm remains one of planetary science’s biggest mysteries.

Saturn has lightning 10,000 times more powerful than lightning on Earth and the biggest known thunderstorms in the solar system.

Jupiter’s moon, Titan, has a complex weather cycle that closely mirrors Earth’s except Titan has a methane cycle, instead of a water cycle. On Titan, lakes as vast as Earth’s, are composed of liquid methane that evaporates and forms toxic orange-yellow clouds which then rain down liquid methane.

Ocean eddies are giant currents of swirling water that stretch hundreds of kilometres across and slowly turn for years beneath the ocean’s surface. They are like underwater hurricanes are considered the longest-lasting weather systems on Earth.

Because of our planet’s relatively small size, there is only room for about six major storm systems on Earth at any time.

Earth has the most complex and unpredictable weather in the solar system because of its small size and combination of land, sea and thick atmosphere.

A “Paleotempestologist” is a weather scientist who investigates ancient storms by examining ancient records as well as evidence they leave behind.

The most hellish weather in the known universe happens with clockwork-like predictability on an exo-planet 200 light years from Earth. On planet HD80606B, which orbits a star in the Big Dipper constellation, the intense heat of its star causes its atmosphere to rapidly expand to 1,200 degrees Celsius, like a nuclear explosion, unleashing a giant shockwave, blasting over the planet at 17 times the speed of sound.

The sun’s corona sizzles at 2 million degrees Celsius while the sun itself burns at only 6,000 degrees Celsius. Why the corona burns hotter remains a scientific mystery.

One of the best times to study the sun’s corona is when the sun is hidden from view during a solar eclipse.

The longest solar eclipse of the 21st Century took place on July 22, 2009 and lasted for 6 minutes and 39 seconds. It will be the longest eclipse for a hundred years and will not be surpassed until June 2132.

Scientists refer to the CME or Coronal Mass Ejection as the “Carrington Event.”

Lightning is five times hotter than the surface of the sun, has currents of 300 thousand amps with voltages of 100 million amps, yet scientists still do not know exactly how lightning works or where it originates.

Cosmic rays are tiny, subatomic particles travelling close to the speed of light that bombard the Earth from all directions.  Invisible to the naked eye, they pass through us and through the Earth every second. Some scientists think that cosmic rays may explain where lightning comes from. They believe that when a cosmic ray collides with the Earth’s atmosphere, its energy smashes the air molecules apart, creating the equivalent of a sonic boom in the form of light.

Cosmic rays are born when a star explodes in a supernova event. If lightning is really initiated by cosmic rays, it means that every time you see lightning and hear thunder, it’s a physical connection between that lightning and a star that exploded halfway across the galaxy 500 million years ago.

Dust storms on Mars can last for weeks or even months.

Martian dust is believed to be a powder-fine irritant that contains strong oxides that could burn skin like bleach.

In the mid-90s, scientists identified a dust cloud 700 kilometres across that traversed the Atlantic Ocean in less than a week.

On Earth, most of the dust in our atmosphere comes from one valley in north-central Africa: the Bodele Depression in Chad in the Sahara desert. It’s the dustiest place on Earth. Every day, the Bodele produces more than 600,000   700,000 tonnes of dust. But dust from the Bodele actually supports life on our planet, brining essential nutrients to the Amazon.

By tracking the microbes in dust, scientists have found dust from the Bodele around the world.

Recent studies have revealed that fungus carried in the dust from Africa may explain coral bleaching and consequent die-offs in the Caribbean.

Scientists studying dust devils in the Mojave desert hope that they will reveal important information about how they function on both Earth and Mars because the temperature differential between the ground and air on both planets fuels the dust devils in the same way.

Dust devils can stretch up several kilometres above the ground, but they are not tornadoes.

The men who went to the moon were plagued by lunar dust that invaded their boots, moonsuits, living quarters and irritated their eyes and lungs. At least one astronaut came down with a bad case of lunar hay fever.

Strongest Gust of Wind:
The world’s record for strongest gust of wind, a bruising 407 kilometres per hour, was recorded at Barrow Island, Australia, April 1996.

Most Lightning Strikes Annually:
With 158 bolts occurring each year over a square kilometre, a mysterious spot deep in the mountains of eastern Democratic Republic of Congo, near the village of Kifuka, holds the record for most lightning strikes annually.

Hottest Temperature Ever Recorded:
On September 13, 1922, an Italian weather station measured a temperature of 58°C in al' Aziziyah (Azizia) Libya about 40 kilometres south of Tripoli.

Coldest Temperature Ever Recorded:
On July 21,1983, -89.2°C was recorded at a weather station in Vostok, Antarctica.

World’s Greatest Average Annual Rainfall:
Over a period of 38 years, Mawsynram, India, received an average rainfall of almost 12 meters of rain each year. From August of 1860 to July of 1861, however, Cherrapunji, India received over 26 metres of rain.

World’s Longest Recorded Dry Period:
No rain fell on Arica, Chile, in the Atacama desert for over 14 years (from October 1903 to January 1918).
ADVERTISEMENT