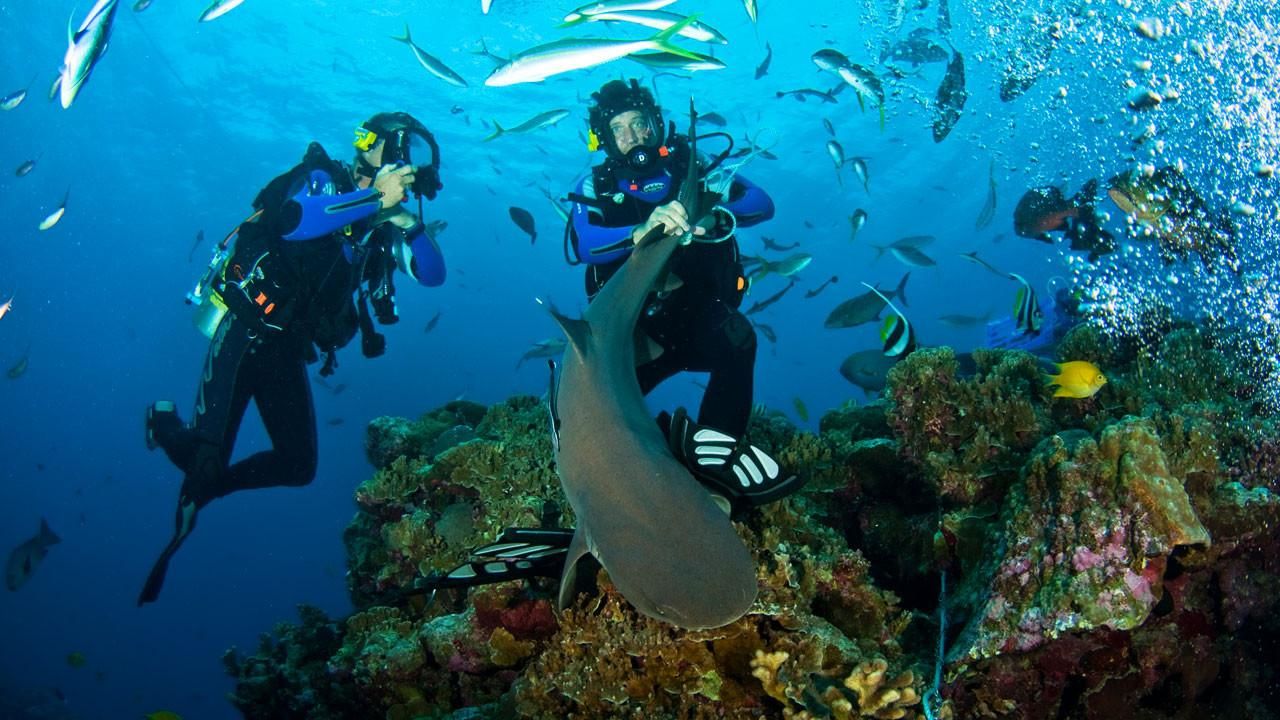 Associate Professor Jamie Seymour or the “Jelly Dude from Nemo land” has been researching and working with venomous and dangerous animals for over 20 years. His present interest is to find out why some animals have venom.

Based in Cairns, in Northern Australia - an area that has an overabundance of venomous animals -- he is uniquely placed to study the ecology and biology of Australia’s venomous species. He teaches at all levels at James Cook University -- one of the top five percent of research universities in the world. His favourite topic is “Venomous Australian Animals”, a subject designed and taught by this effervescent academic.

He has been involved in successfully designing  programs to decrease the envenomings of humans by jellyfish  in Australia, East Timor (for the United Nations), Thailand and Hawaii. His research has been directly responsible for changes in the present treatment protocol for Australian jellyfish stings. He established and is the director of the Tropical Australian Venom Research Unit (TASRU) which is now recognised as one of the premier research groups in the world for studies of the ecology and biology of box jellyfish and research into medical treatment of box jellyfish envenomings.

However, if you thought Jamie was just a “venom dude” you would be wrong. He has an incredibly wide and varied research history (you could say he is eclectic researcher). He started his career in entomology, cutting his research teeth on insect parasitoids (think aliens in caterpillars!) and biological control. He has designed and built commercial insectaries for the rearing of beneficial insects for the agricultural trade, led research groups into the wilds of the rainforest in northern Australia, and supervised postgraduate students in a variety of projects, ranging from marine spiders, tropical insects, cane toads, snakes, scorpions, big furry spiders, stone fish and of course jellyfish.

He has recently been seduced into the world of sharks by his good mate Richard Fitzpatrick, (whom he taught at university many years ago)…. but he is still in love with invertebrates!

Richard Fitzpatrick is one of the world's leading underwater cinematographers as well as being a qualified marine biologist specializing in sharks. He has shot more than 50 films for clients such as the BBC, National Geographic and Discovery Channels.

He has won and been nominated for numerous cinematography awards, including an Emmy nomination for outstanding cinematography for Reefs of Riches.
Richard has spent over 8,000 hours underwater, and has been bitten and stung by nearly all dangerous marine animals including sharks, box jellyfish and sea snakes.

Despite being an underwater cameraman, TV is not his biggest passion… It’s science. He likes to say, “TV pays for the science.” His current research activities include a long-term reef shark monitoring program at Osprey Reef in the Coral Sea and the satellite tagging of tiger sharks at Raine Island in the far northern Great Barrier Reef. This research has appeared in numerous documentaries about sharks and he regularly appears in the Australian media commenting on issues regarding sharks.

Jamie and Richard are advisors on venomous and dangerous animals to a large number of organizations in Australia and around the world. Their clients include the UN, the Queensland Police force, the Australian Armed forces, Surf Life Saving, Cairns Base Hospital Emergency ward and television and movie productions. Their aquarium and lab is based at the Cairns campus of the James Cook University.