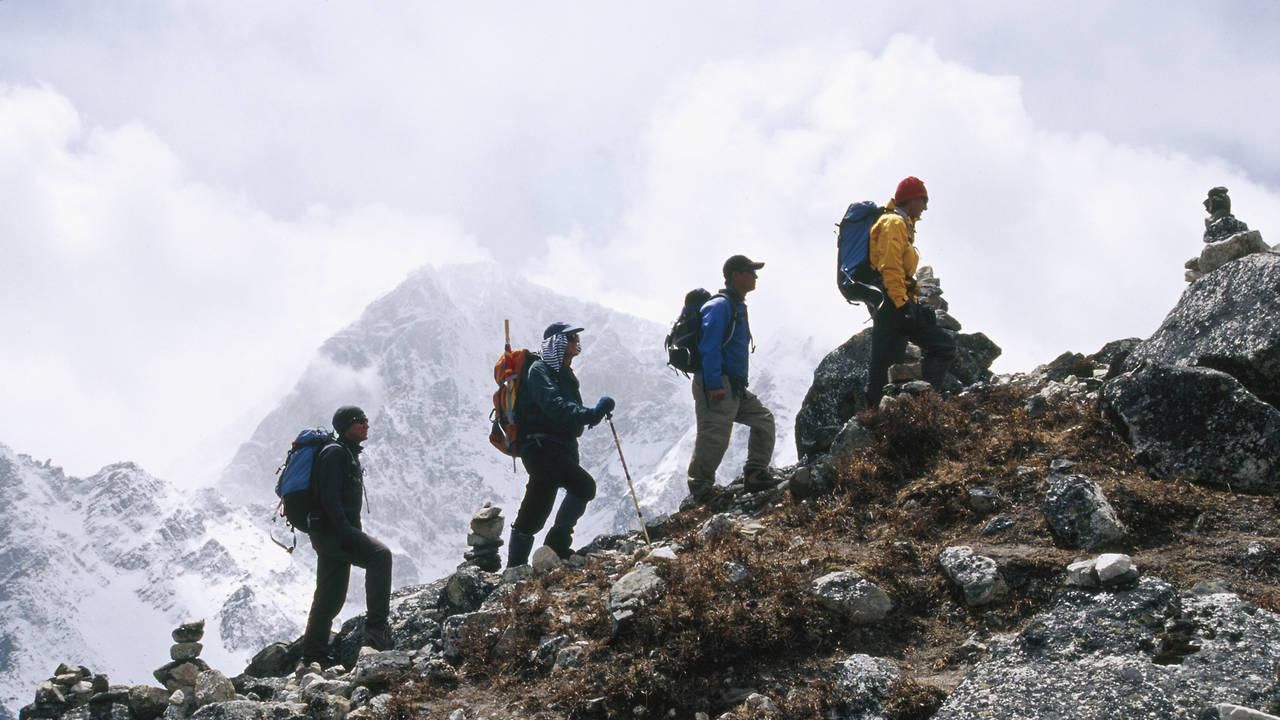 Fifty years after they first conquered Everest, the sons of Sir Edmund Hillary and Tenzing Norgay attempt the same feat.

Fifty years after the first successful ascent to the top of the world, take a remarkable journey back to the mountain with the sons of three of the most celebrated Everest climbers in 'Surviving Everest.'

Everest is still extremely dangerous and to date 175 climbers have died on its slopes.

At one point during his ascent Peter Hillary is almost beaten. He calls his father on a satellite phone: