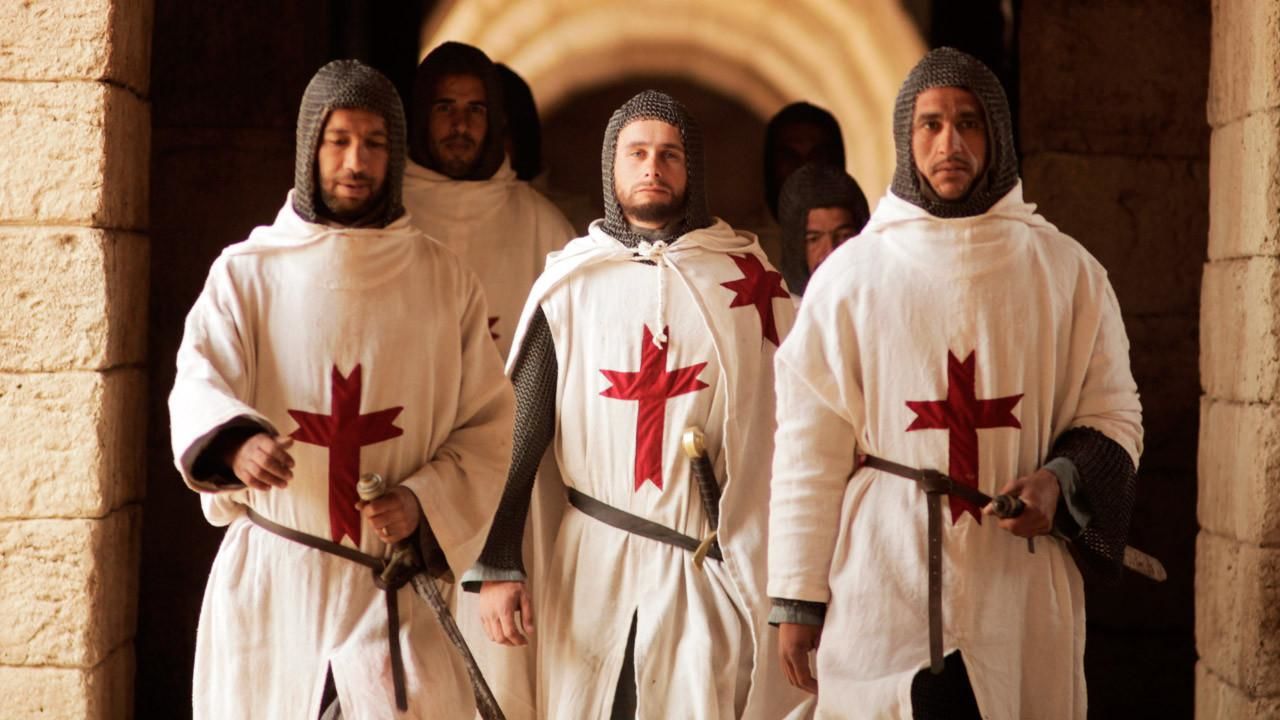 WHO ARE THE KNIGHTS TEMPLAR?

The Knights Templar were one of the earliest and most famous of the European Christian military orders—societies of knights whose mission, at least ostensibly, was to defend and further their religious faith. The Templar order began in 1118, about two decades after the European Crusaders conquered the city and massacred its Muslim inhabitants. A French knight named Hugues de Payens and eight companions offered their services to the city’s Christian king, Baldwin II, and swore a vow to defend the city against any and all enemies. For use as their headquarters, Baldwin provided the captured Al Aqsa Mosque on the Temple Mount, where King Solomon had built the original Temple of Jerusalem. For that reason, the knights called themselves Pauperes commilitones Christi Templique Solomonici — Latin for "The Poor Fellow-Soldiers of Christ and the Temple of Solomon"—which in time, was shortened to the Order of the Temple or the Templars.

Over the next two centuries, the Templars grew into one of the most powerful organizations in the medieval world. Their warriors, who wore over their armor distinctive white mantles emblazed with a red cross, developed a reputation for their fighting prowess, discipline and tenacity. The order’s knights swore total, unquestioning obedience to their leaders. They generally fought fiercely, in keeping with the order’s rule that a soldier convicted of cowardice would be stripped of his mantle and forced to eat on the floor for a year, like a dog. (The order also had a policy of not paying ransom for members captured in battle.) According to the 1911 edition of the Catholic Encyclopedia, some 20,000 Templar soldiers gave their lives in battle against Muslim forces over the course of the order’s existence.

In time, the Templars became a political and economic power as well. Various Popes rewarded the Templars by ordering that they be exempted from all taxation, even the customary tithing to support the Church itself. The order gradually gained numerous non-warrior members throughout Europe, who leveraged its burgeoning treasury to acquire land and buildings and to create a financial empire that functioned as one of the first European banking systems. They even gradually took control of the government in Jerusalem.

After the Muslims regained control of Jerusalem for good in the mid-1200s, the Templars' fortunes began to wane. Their failure to hold the Holy Land and rumors about their secret rituals damaged the order's once-sterling reputation. In the early 1300s, the French king, Philip IV, who had borrowed heavily from the Templars, decided to avoid having to pay back his debt by destroying the order. Philip successfully pressured Pope Clement V, a Frenchman whom the Catholic Encyclopedia describes as "of weak character and easily deceived," to persecute the Templars on trumped-up charges of heresy and sacrileges, such as spitting on the Crucifix. In 1307, the French king issued secret orders for all the members of the order in his country to be arrested on the same day, and many were tortured and put to death. Clement officially disbanded the Templars in 1312. The following year, the Templars' Grand Master, James de Molay, dramatically recanted his confession as he was about to be hung in front of Notre Dame in Paris. Philip then ordered him to be taken to the Isle de la Cite, where he was burned at the stake. Remnants of the Templars, however, survived, and in the centuries that followed, chapters quietly reformed in various European countries and the U.S. and the organization morphed from a military force into a fraternal and philanthropic order. Today, the Knights Templar is on the United Nations' official list of nongovernmental organizations.