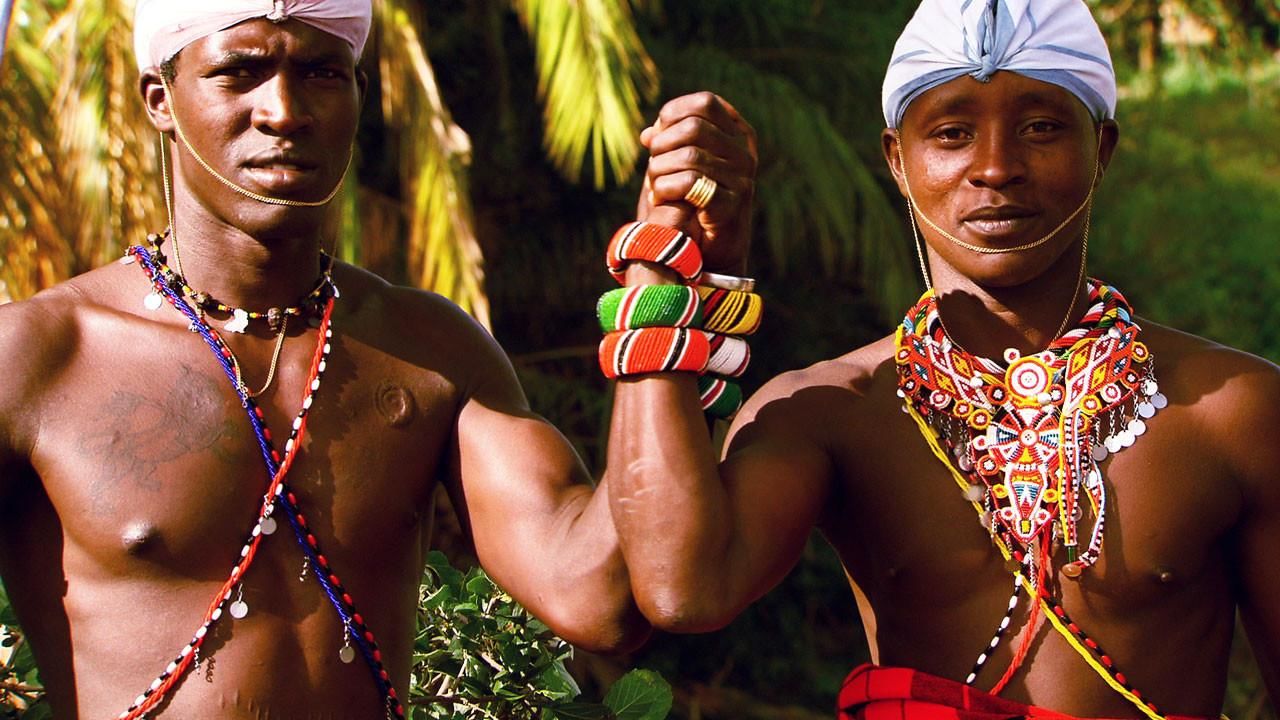 My name is Boniface Kandari Parsulan, my friends call me ‘Boni’.  I am 30 years old.  I was born into the Laikipia Maasai tribe in Koija, Northern Kenya.  I have three brothers and three sisters. I am very lucky to be the first born.  When it was time for me to go to school, my father was excited as I was the only boy in the family at that time and he paid for me to go to school.  I am the only one in my family who has been to school.  I attended boarding school in Meru until I had completed high school at the age of 21.  This was an unusual experience for someone from my village.   When I would come home on holiday I would do the normal things that boys of my age do like looking after goats and cows and playing lots of games. I feel I did not miss out on a normal boyhood as I would come home often and had good friendships in my village and area.

I was circumcised at the age of sixteen as part of my ‘moran’ warrior training along with other young warriors who are part of my age group.   During my holidays I would join my age mate group continuing our warrior training. We are known as ‘morans’ and we do adventurous things like cattle raiding. We learn survival skills to survive in the jungle and how to approach wild animals.  I met Lemarti during my ‘moran’ time.

I would also act as a tour guide during my holiday period as my English was very good and I was selected by a nearby ranch to guide for them. I really enjoyed this work because, I would get to see more about my own country and become friends with the tourists.

Over a two year period I used my warrior training to teach the British Army’s SAS troops in survival skills. The British Military has a camp nearby to my village in Nanyuki and I was selected to teach soldiers how to survive off the land in Africa.
At age 21 I went to college in Nairobi to study HIV aids counselling and family planning. I did this because I wanted to prevent AIDS becoming a problem in my community and to help people to plan for their children at the right time so that they can properly cater for them.  I pioneered this work for four years. It was time for me to hand over to somebody else.

At the age of 27 I decided to go back to being a tour guide.  I got to improve my language more. I speak three languages, Maasai, Kiswahili and English.  When Lemarti opened his camp, I was still working for the ranch, but the possibility of working with Lemarti, a great friend of mine was more desirable.  I have been there for the last two and a half years.  Through tourism I have still been able to serve my community by taking tourists to show them our culture.

My name is Loyapan Lemarti.  I am a Samburu warrior.  I am 33 years old.
I was born in the Kirisia Hills in the North of Kenya in a traditional Manyatta. I come from a big family of 9 siblings. I never went to a traditional school.

I was circumcised at the age of sixteen as part of my ‘moran’ warrior training along with other young warriors who are part of my generation. We spent almost two years in the bush learning the skills of the warriors – how to track animals, use herbs from the forest for medicine, and how to fight and use our weapons.

I met Boni 17 years ago when we were teenagers. I had moved the cattle from my area in the Kirisia Hills into the Laikipia District where Boni lives. It was during a drought, so we had to trek many hundreds of miles to find water for our cattle. Boni and I met in the green pastures and became friends.

Several years later I was working as a tour guide for a ranch and I met Boni again. We were taking tourists on wildlife safaris and I was able to learn English from them. I now speak three languages: Maasai, Kiswahili and English.

Making Warrior Road Trip has been a dream come true as I get to celebrate and show the world the strength of the Samburu and Maasai people, how our culture is rich and beautiful.
ADVERTISEMENT