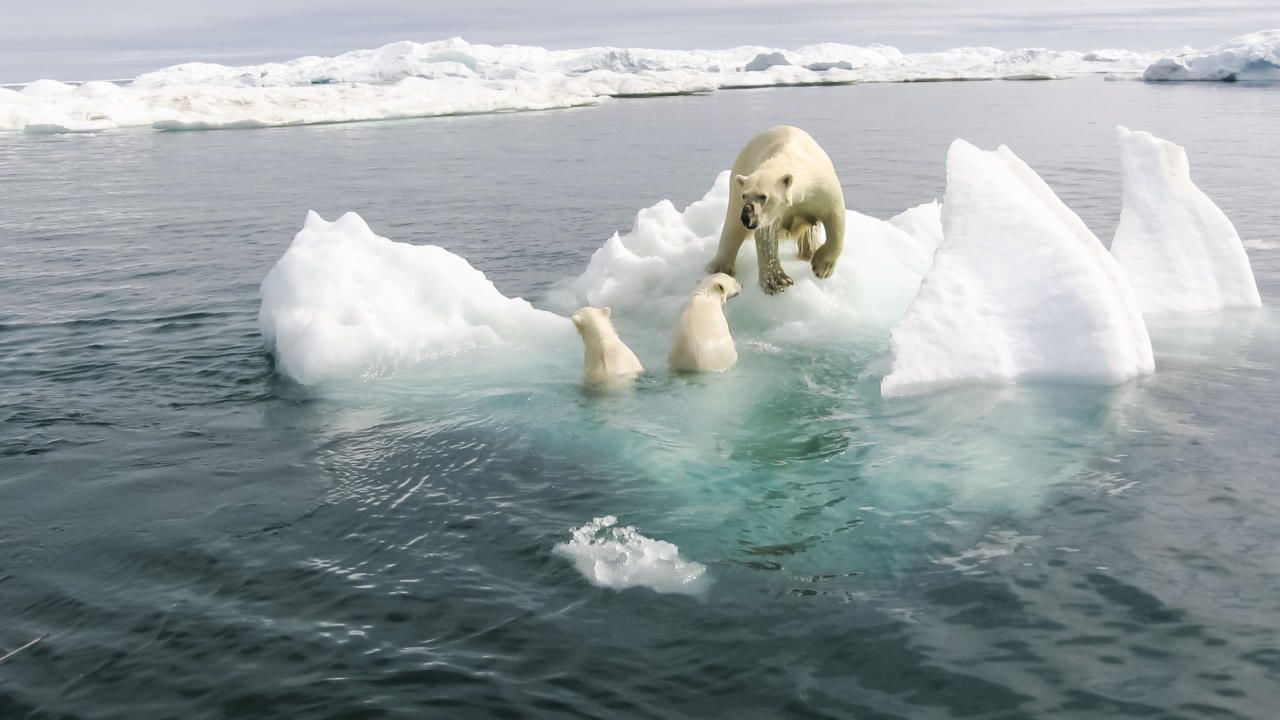 Polar bears are at the top of the food chain and have an important role in the overall health of the marine environment. Over thousands of years, polar bears have also been an important part of the cultures and economies of Arctic peoples. Polar bears depends on sea ice for their existence and are directly impacted by climate change-serving as an important indicator species. By 2040, scientists predict that only a fringe of ice will remain in Northeast Canada and Northern Greenland when all other large areas of summer ice are gone. This "Last Ice Area" is likely to become important for polar bears and other life that depends on ice.