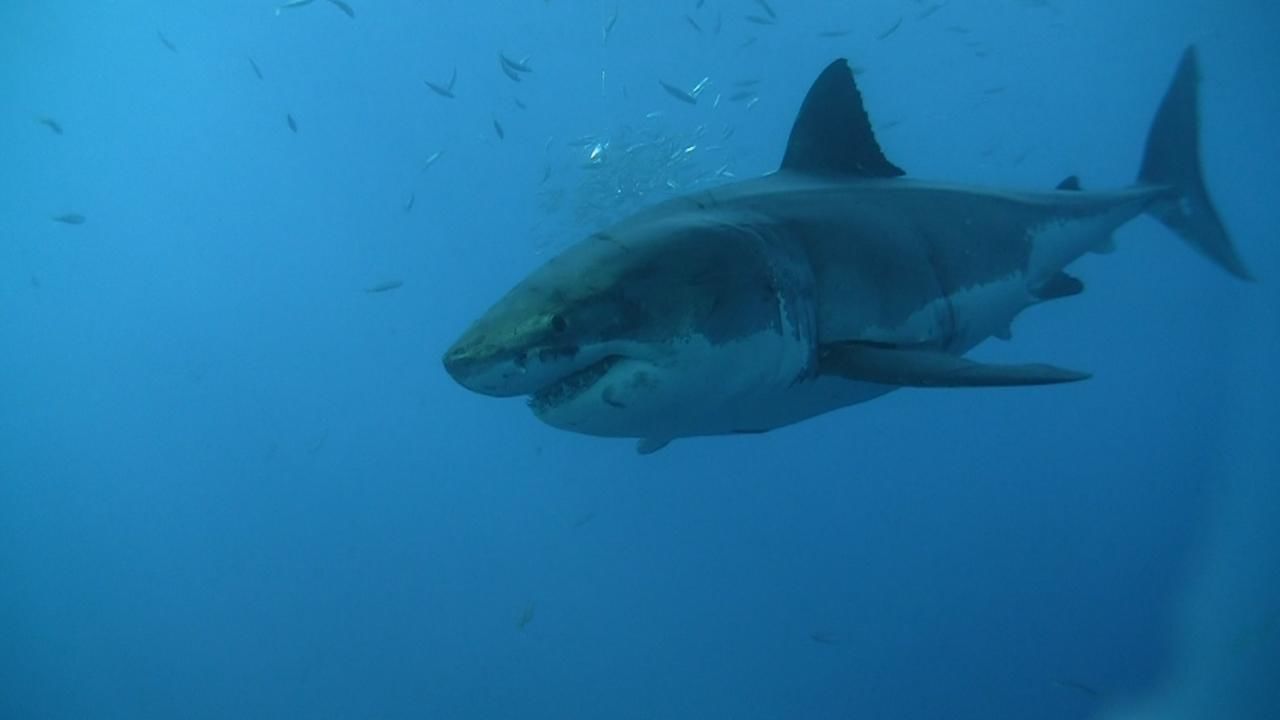 Hollywood has typecast the great white shark as a ferocious predator intent on finding yet another swimmer to feast on, yet this apex predator has no taste for human flesh. The stereotype inflates the bounty for their teeth, jaws and fins, yet despite years of research, the great white remains one of the most vulnerable and elusive creatures of the deep.

Shark Men boldly unmasks the mysteries of the world’s largest predatory fish as it chronicles a team of expert anglers led by Chris Fischer and Dr. Michael Domeier. They have joined forces on a ground-breaking expedition in search of great whites. Their goal is to unlock the secrets of the shark’s migratory patterns, breeding and birthing sites.

Racing through the ocean at over 40 kilometers an hour, with 300 razor-sharp teeth and 2,200 kilograms of bulk, just how do you capture a great white shark? Only the right combination of brains, brawn and audacity could safely lift them out of the water, attach special tracking devices, and return them to the ocean - unharmed.