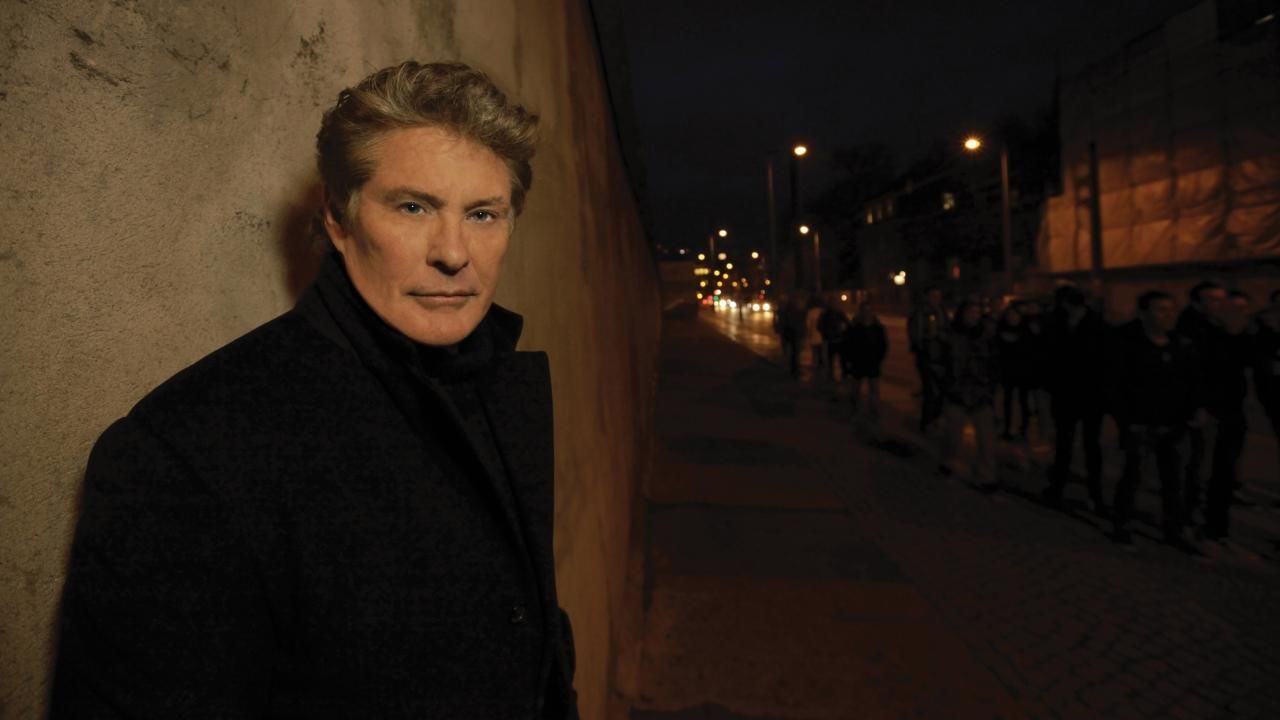 "You may think of the Hoff as the guy who talks to cars, or the guy who runs along a sunny beach in red swim-trunks saving lives.
But in Berlin he is known for something quite different.
Towards the end of the ‘80s David Hasselhoff had a #1 hit across Germany with ‘Looking For Freedom’. He was invited to perform in Berlin to a million-strong crowd from a newly united East and West Germany, singing on the broken barrier on New Year’s Eve 1989.
Before it’s demise, the Berlin Wall was 97 miles of concrete slabs, guard towers, barbed wires, and patrol dogs, created one of the most horrific barricades.
It was formed to keep the repressed people of communist East Germany from fleeing to the more prosperous West Germany.
East German occupants were forced to run, swim, tunnel, smash and fly their way over the wall in search of freedom.
With the 25th anniversary approaching, Hasselhoff vs. the Berlin Wall takes you on an incredible, personal journey back to Berlin, retracing the Wall’s history, meeting the people who lived in its long shadow – the unbelievable escapes and divided lives – and examining the fate of the Wall’s final remnants."