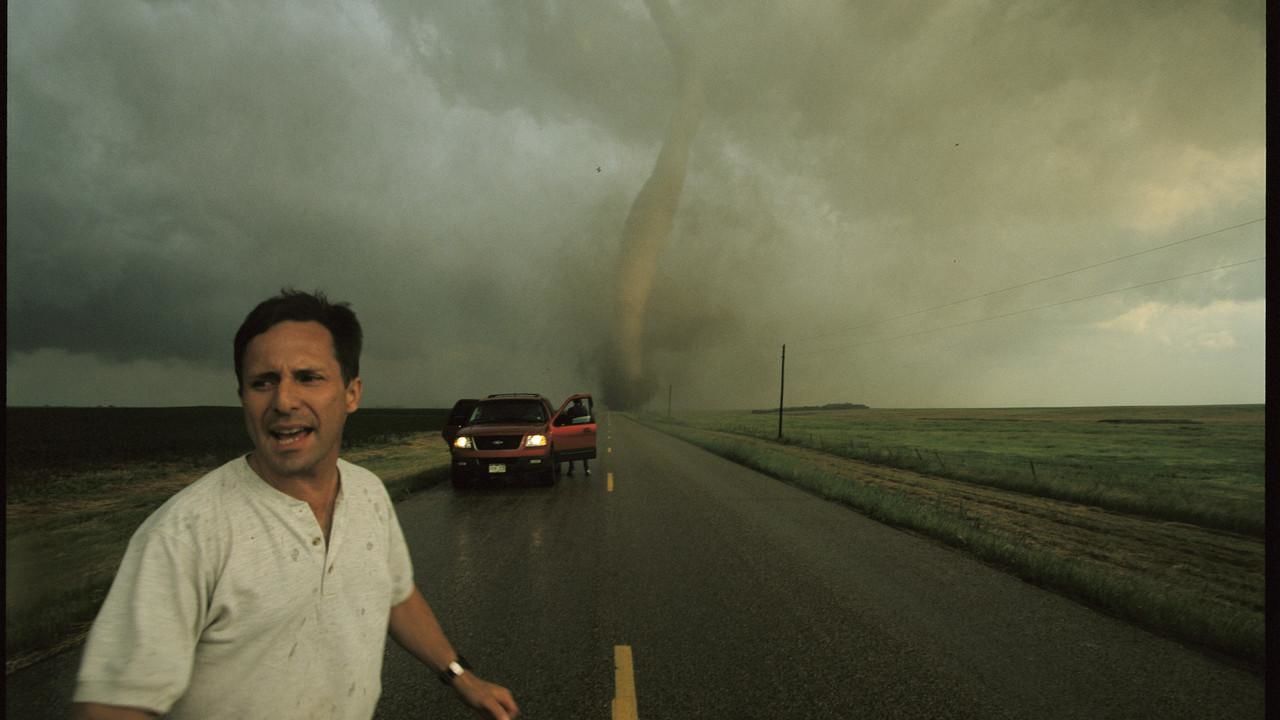 In Inside the Tornado, a National Geographic-sponsored team of storm chasers and photographers manages to position an armoured device with cameras in the direct path of a tornado near Manchester, South Dakota. The device, a turtle-like contraption, is blown away within seconds of the tornado hitting. During the same expedition, the tornado hit one of the probes left by storm chaser Tim Samaras only 70 seconds after he positioned it. The storm caused an astounding 100 millibar pressure drop, the largest ever recorded, then went on to destroy a two-story farmhouse only 40 feet away. See this dramatic story of science in the field and the extraordinary results of Samaras' passionate pursuit of tornado science.